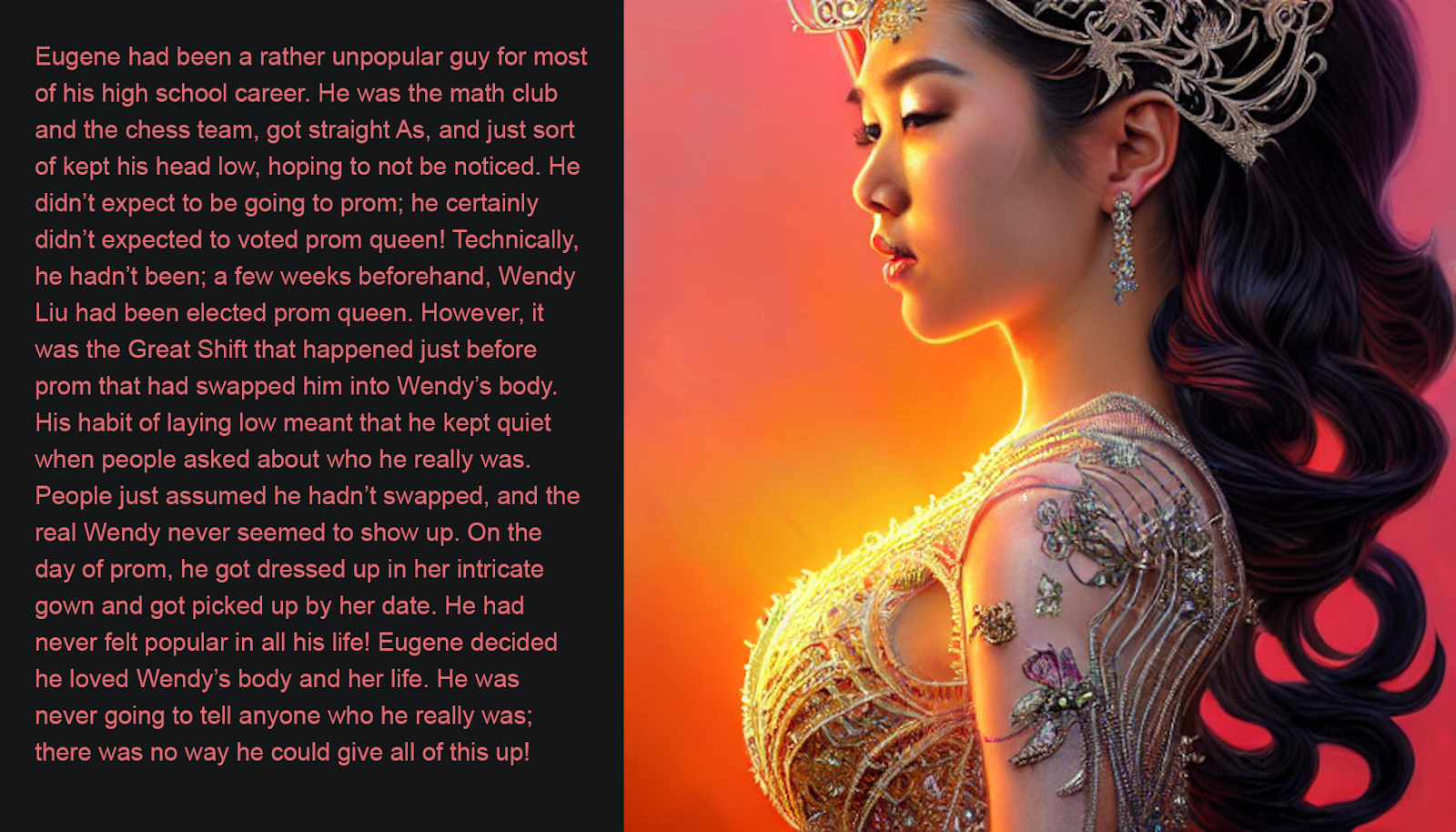 Eugene had been a rather unpopular guy for most of his high school career. He was the math club and the chess team, got straight As, and just sort of kept his head low, hoping to not be noticed. He didn’t expect to be going to prom; he certainly didn’t expected to voted prom queen! Technically, he hadn’t been; a few weeks beforehand, Wendy Liu had been elected prom queen. However, it was the Great Shift that happened just before prom that had swapped him into Wendy’s body. His habit of laying low meant that he kept quiet when people asked about who he really was. People just assumed he hadn’t swapped, and the real Wendy never seemed to show up. On the day of prom, he got dressed up in her intricate gown and got picked up by her date. He had never felt popular in all his life! Eugene decided he loved Wendy’s body and her life. He was never going to tell anyone who he really was; there was no way he could give all of this up!