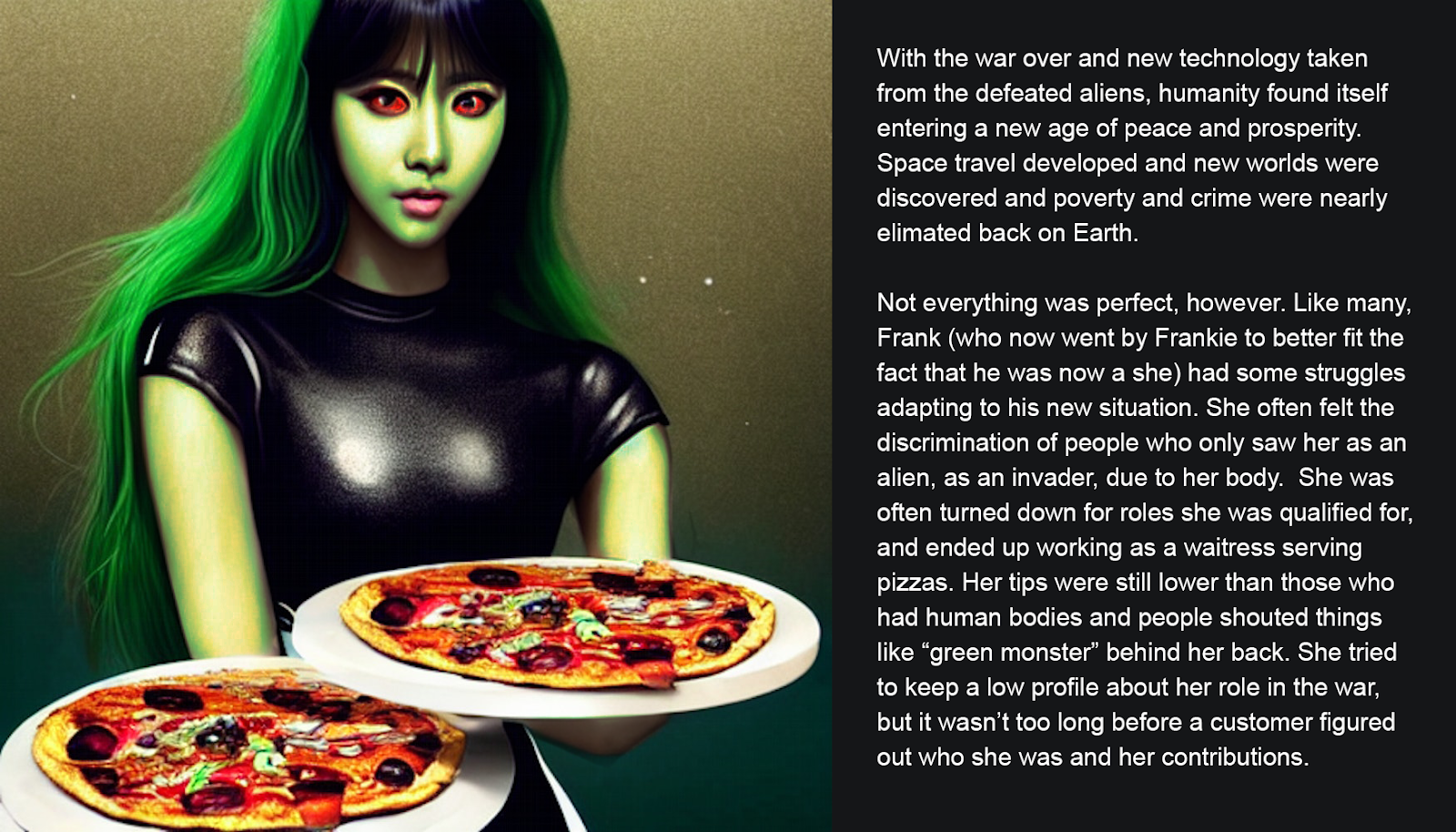 With the war over and new technology taken from the defeated aliens, humanity found itself entering a new age of peace and prosperity. Space travel developed and new worlds were discovered and poverty and crime were nearly elimated back on Earth.

Not everything was perfect, however. Like many, Frank (who now went by Frankie to better fit the fact that he was now a she) had some struggles adapting to his new situation. She often felt the discrimination of people who only saw her as an alien, as an invader, due to her body. She was often turned down for roles she was qualified for, and ended up working as a waitress serving pizzas. Her tips were still lower than those who had human bodies and people shouted things like “green monster” behind her back. She tried to keep a low profile about her role in the war, but it wasn’t too long before a customer figured out who she was and her contributions.