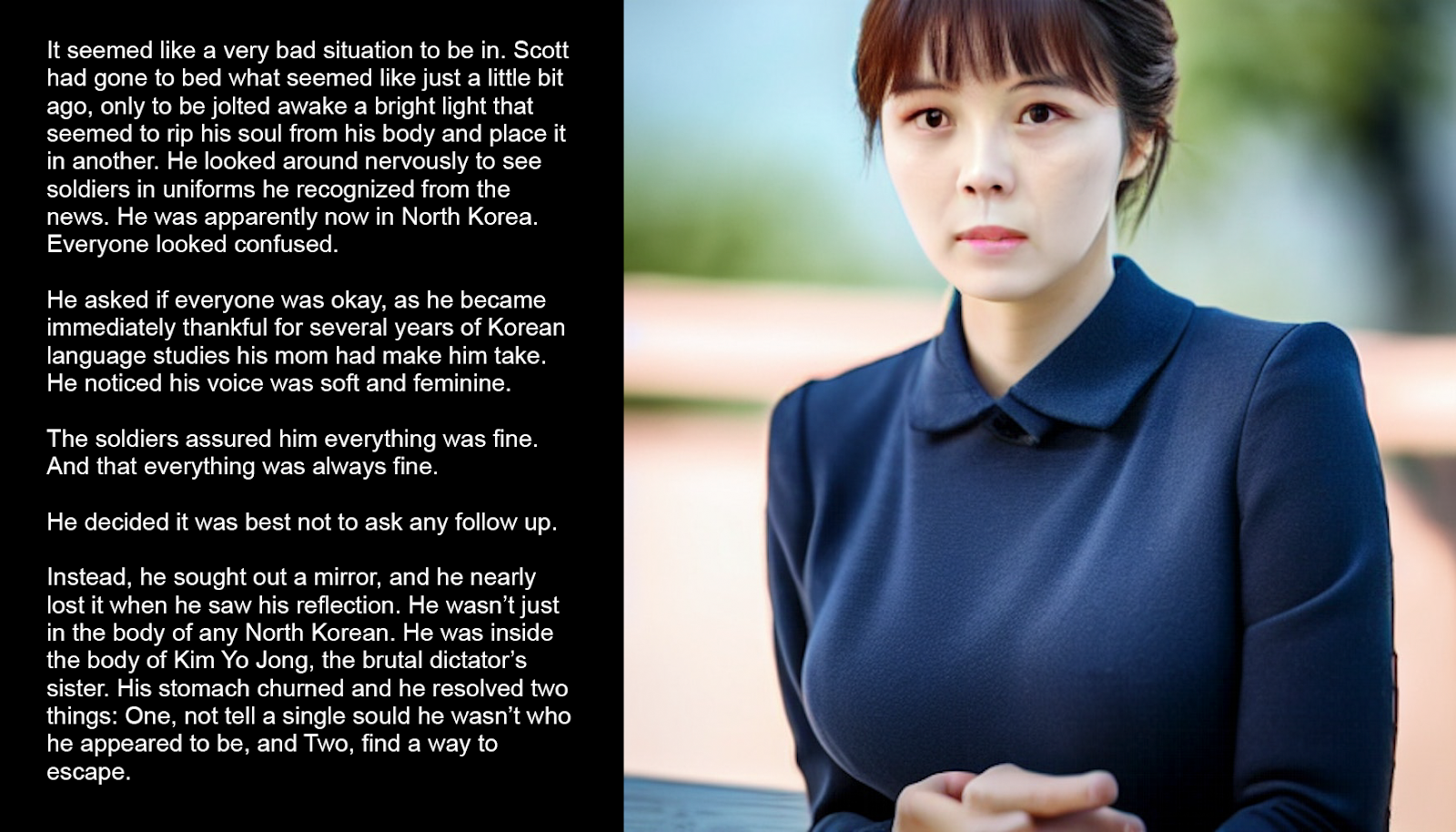 It seemed like a very bad situation to be in. Scott had gone to bed what seemed like just a little bit ago, only to be jolted awake a bright light that seemed to rip his soul from his body and place it in another. He looked around nervously to see soldiers in uniforms he recognized from the news. He was apparently now in North Korea. Everyone looked confused.

He asked if everyone was okay, as he became immediately thankful for several years of Korean language studies his mom had make him take. He noticed his voice was soft and feminine.

He decided it was best not to ask any follow up.

Instead, he sought out a mirror, and he nearly lost it when he saw his reflection. He wasn’t just in the body of any North Korean. He was inside the body of Kim Yo Jong, the brutal dictator’s sister. His stomach churned and he resolved two things: One, not tell a single sould he wasn’t who he appeared to be, and Two, find a way to escape.