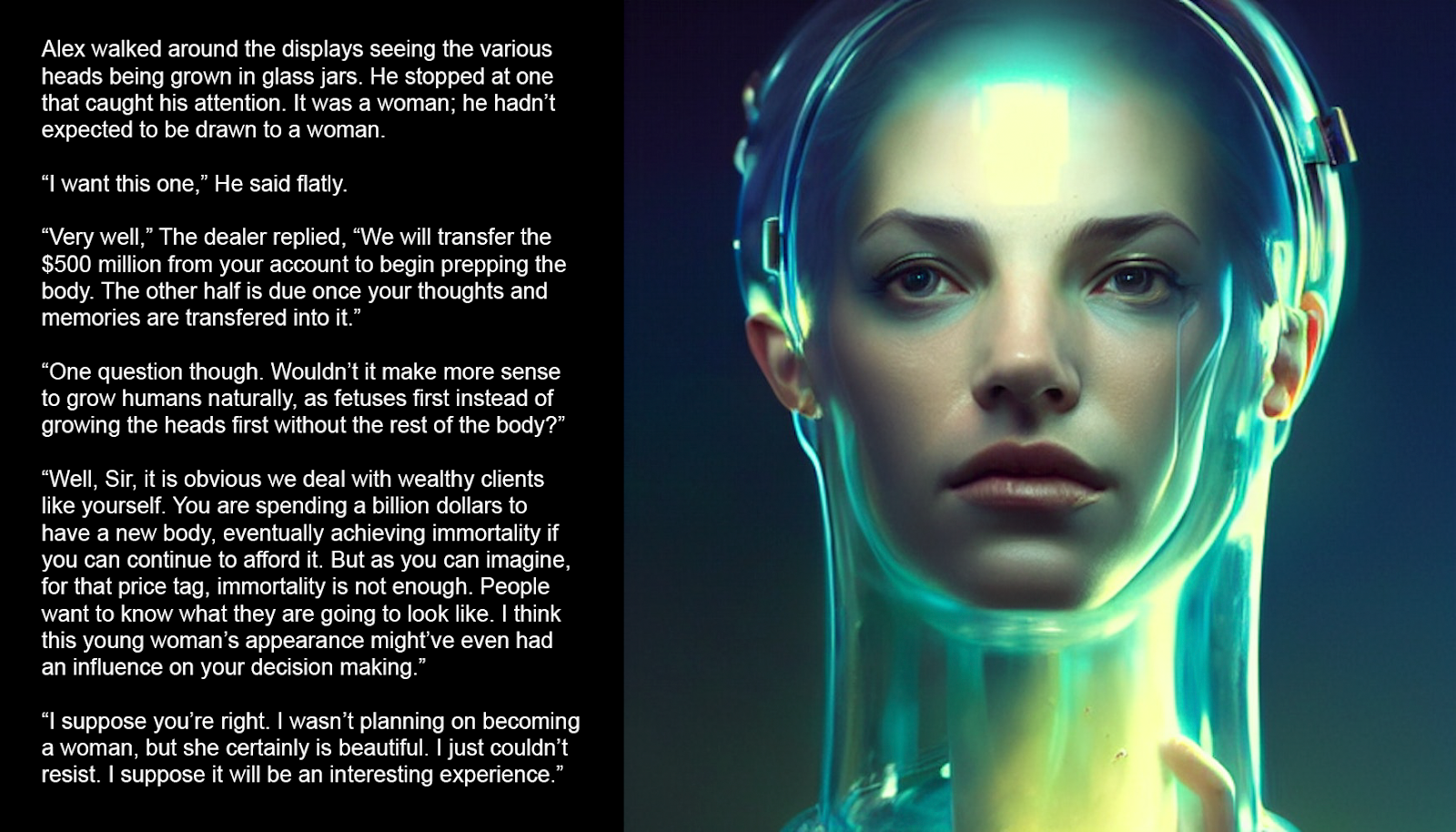 Alex walked around the displays seeing the various heads being grown in glass jars. He stopped at one that caught his attention. It was a woman; he hadn’t expected to be drawn to a woman.

“I want this one,” He said flatly.

“Very well,” The dealer replied, “We will transfer the $500 million from your account to begin prepping the body. The other half is due once your thoughts and memories are transfered into it.”

“One question though. Wouldn’t it make more sense to grow humans naturally, as fetuses first instead of growing the heads first without the rest of the body?”

“Well, Sir, it is obvious we deal with wealthy clients like yourself. You are spending a billion dollars to have a new body, eventually achieving immortality if you can continue to afford it. But as you can imagine, for that price tag, immortality is not enough. People want to know what they are going to look like. I think this young woman’s appearance might’ve even had an influence on your decision making.”

“I suppose you’re right. I wasn’t planning on becoming a woman, but she certainly is beautiful. I just couldn’t resist. I suppose it will be an interesting experience.”