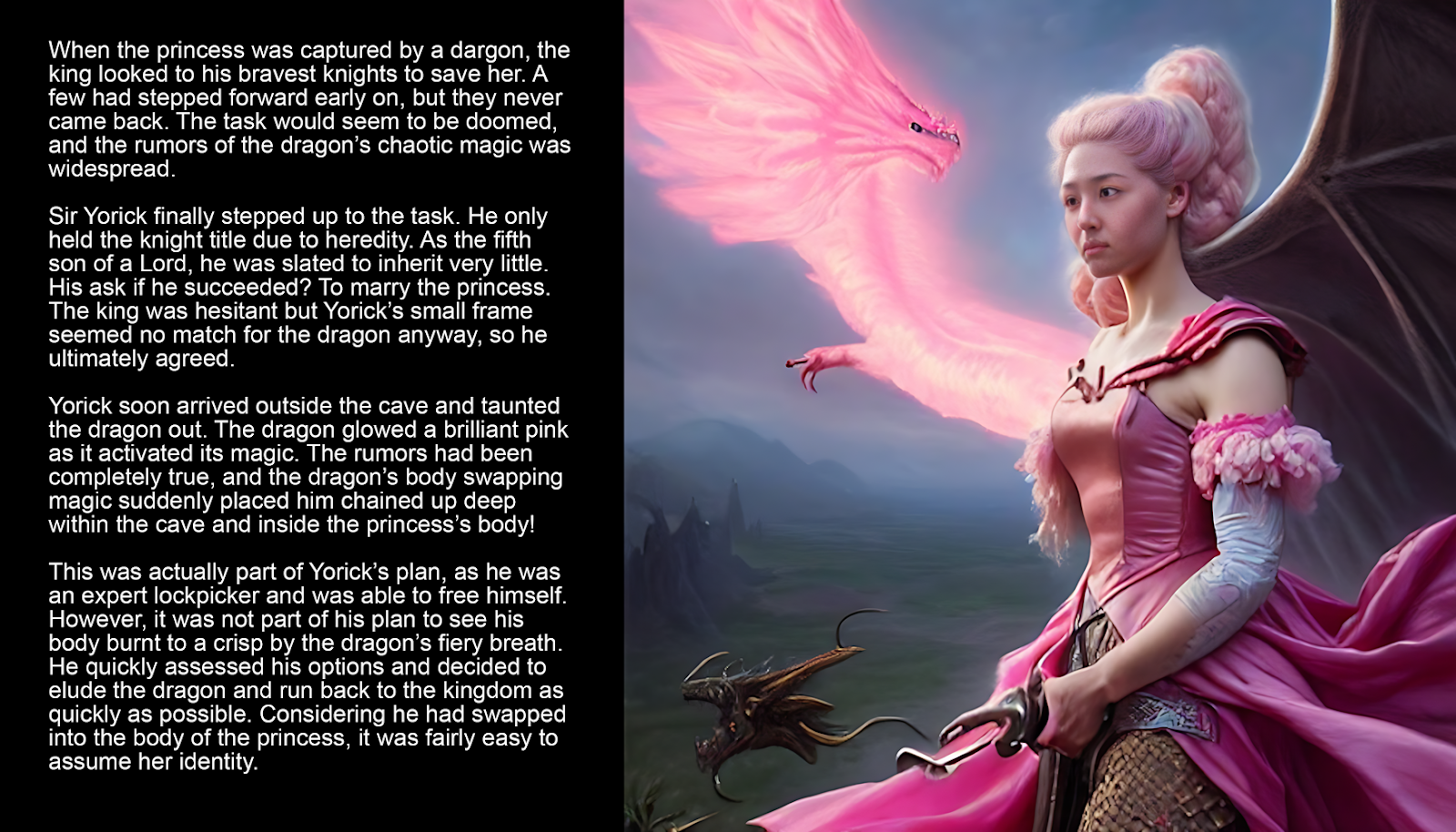 When the princess was captured by a dargon, the king looked to his bravest knights to save her. A few had stepped forward early on, but they never came back. The task would seem to be doomed, and the rumors of the dragon’s chaotic magic was widespread.

Sir Yorick finally stepped up to the task. He only held the knight title due to heredity. As the fifth son of a Lord, he was slated to inherit very little. His ask if he succeeded? To marry the princess. The king was hesitant but Yorick’s small frame seemed no match for the dragon anyway, so he ultimately agreed.

Yorick soon arrived outside the cave and taunted the dragon out. The dragon glowed a brilliant pink as it activated its magic. The rumors had been completely true, and the dragon’s body swapping magic suddenly placed him chained up deep within the cave and inside the princess’s body!

This was actually part of Yorick’s plan, as he was an expert lockpicker and was able to free himself. However, it was not part of his plan to see his body burnt to a crisp by the dragon’s fiery breath. He quickly assessed his options and decided to elude the dragon and run back to the kingdom as quickly as possible. Considering he had swapped into the body of the princess, it was fairly easy to assume her identity.