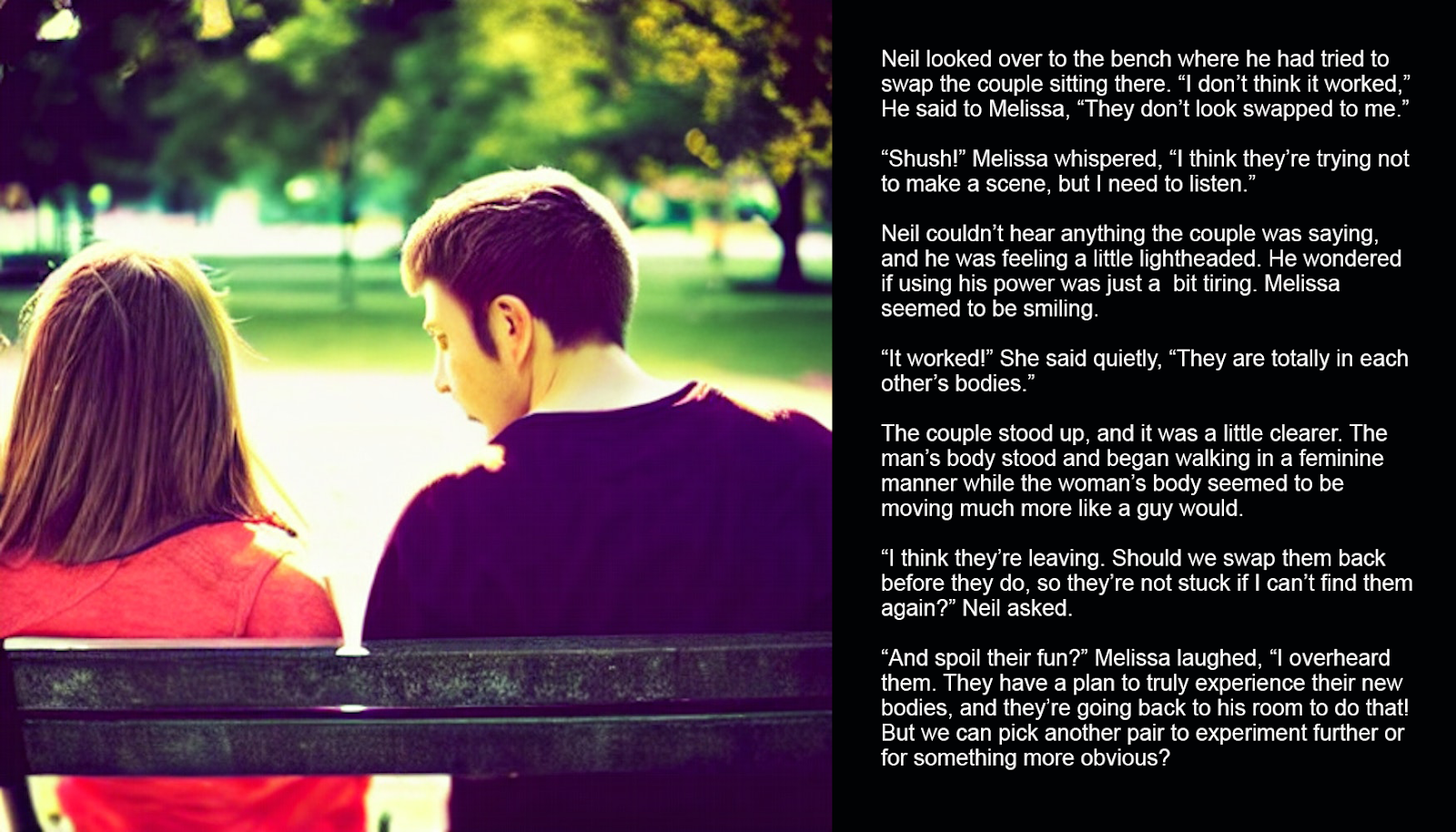 Neil looked over to the bench where he had tried to swap the couple sitting there. “I don’t think it worked,” He said to Melissa, “They don’t look swapped to me.”

“Shush!” Melissa whispered, “I think they’re trying not to make a scene, but I need to listen.”

Neil couldn’t hear anything the couple was saying, and he was feeling a little lightheaded. He wondered if using his power was just a bit tiring. Melissa seemed to be smiling.

“It worked!” She said quietly, “They are totally in each other’s bodies.”

The couple stood up, and it was a little clearer. The man’s body stood and began walking in a feminine manner while the woman’s body seemed to be moving much more like a guy would.

“I think they’re leaving. Should we swap them back before they do, so they’re not stuck if I can’t find them again?” Neil asked.

“And spoil their fun?” Melissa laughed, “I overheard them. They have a plan to truly experience their new bodies, and they’re going back to his room to do that! But we can pick another pair to experiment further or for something more obvious?