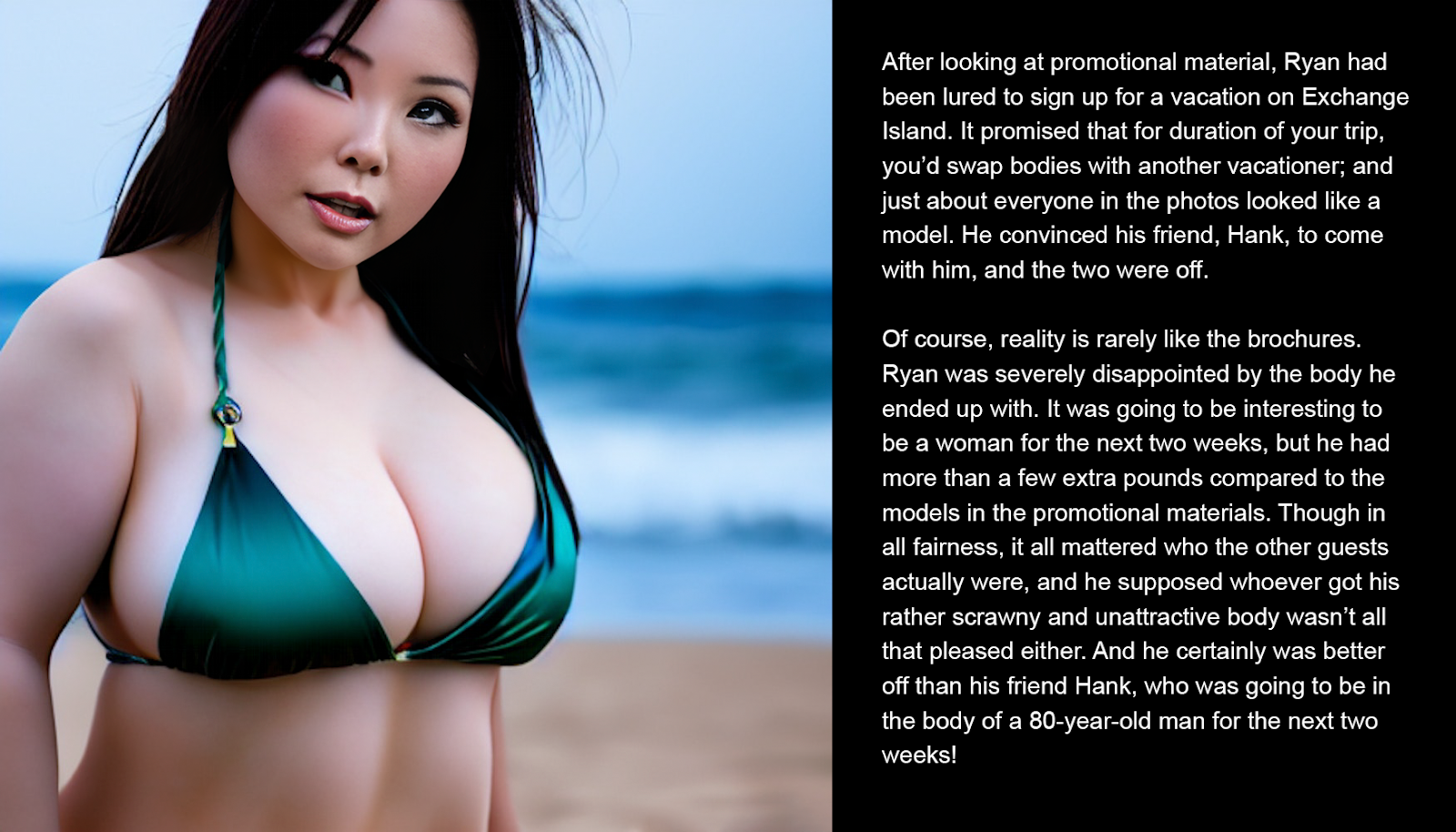 After looking at promotional material, Ryan had been lured to sign up for a vacation on Exchange Island. It promised that for duration of your trip, you’d swap bodies with another vacationer; and just about everyone in the photos looked like a model. He convinced his friend, Hank, to come with him, and the two were off.

Of course, reality is rarely like the brochures. Ryan was severely disappointed by the body he ended up with. It was going to be interesting to be a woman for the next two weeks, but he had more than a few extra pounds compared to the models in the promotional materials. Though in all fairness, it all mattered who the other guests actually were, and he supposed whoever got his rather scrawny and unattractive body wasn’t all that pleased either. And he certainly was better off than his friend Hank, who was going to be in the body of a 80-year-old man for the next two weeks!