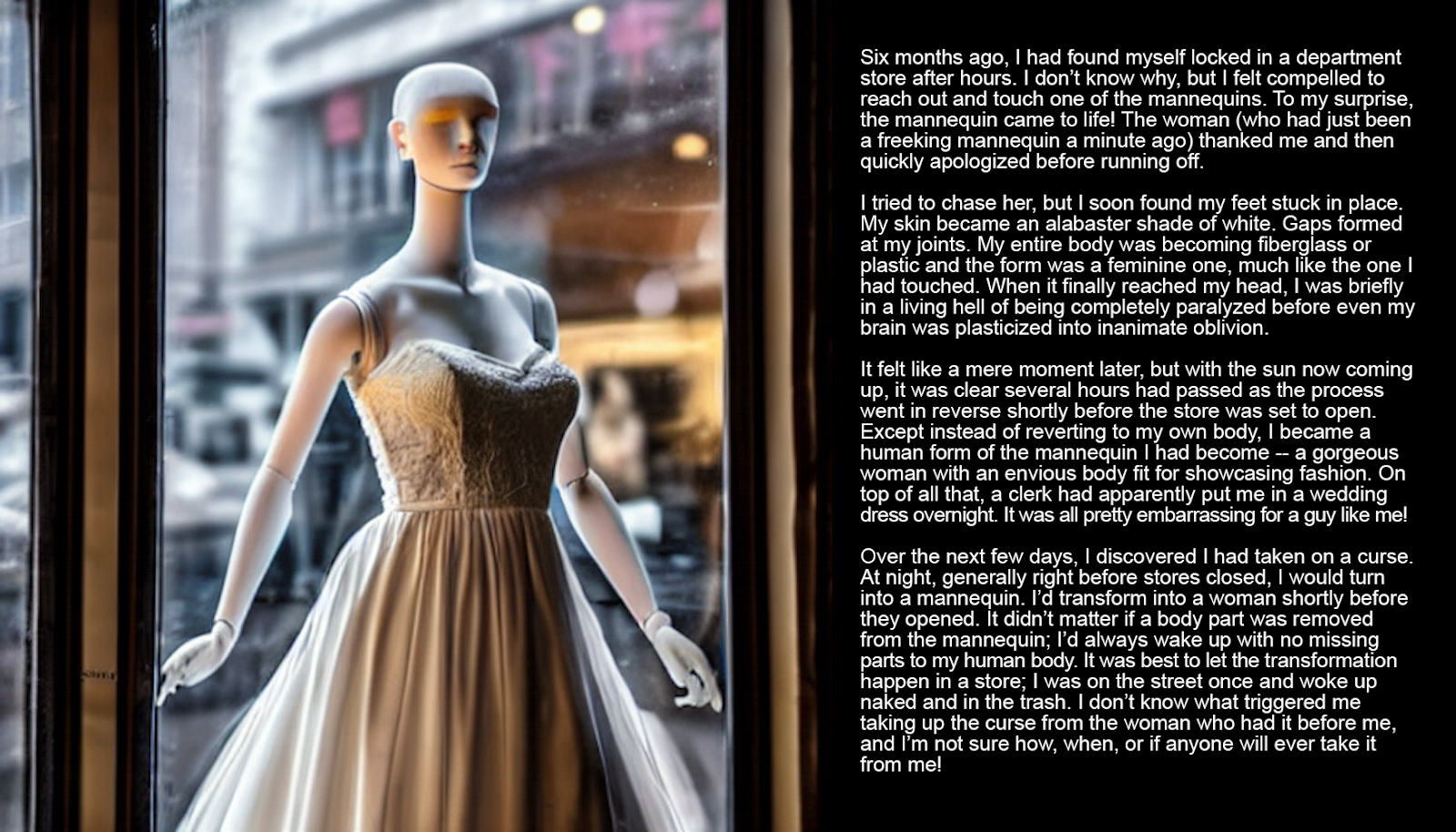 Six months ago, I had found myself locked in a department store after hours. I don’t know why, but I felt compelled to reach out and touch one of the mannequins. To my surprise, the mannequin came to life! The woman (who had just been a freeking mannequin a minute ago) thanked me and then quickly apologized before running off.

I tried to chase her, but I soon found my feet stuck in place. My skin became an alabaster shade of white. Gaps formed at my joints. My entire body was becoming fiberglass or plastic and the form was a feminine one, much like the one I had touched. When it finally reached my head, I was briefly in a living hell of being completely paralyzed before even my brain was plasticized into inanimate oblivion.

It felt like a mere moment later, but with the sun now coming up, it was clear several hours had passed as the process went in reverse shortly before the store was set to open. Except instead of reverting to my own body, I became a human form of the mannequin I had become -- a gorgeous woman with an envious body fit for showcasing fashion. On top of all that, a clerk had apparently put me in a wedding dress overnight. It was all pretty embarrassing for a guy like me!

Over the next few days, I discovered I had taken on a curse. At night, generally right before stores closed, I would turn into a mannequin. I’d transform into a woman shortly before they opened. It didn’t matter if a body part was removed from the mannequin; I’d always wake up with no missing parts to my human body. It was best to let the transformation happen in a store; I was on the street once and woke up naked and in the trash. I don’t know what triggered me taking up the curse from the woman who had it before me, and I’m not sure how, when, or if anyone will ever take it from me!