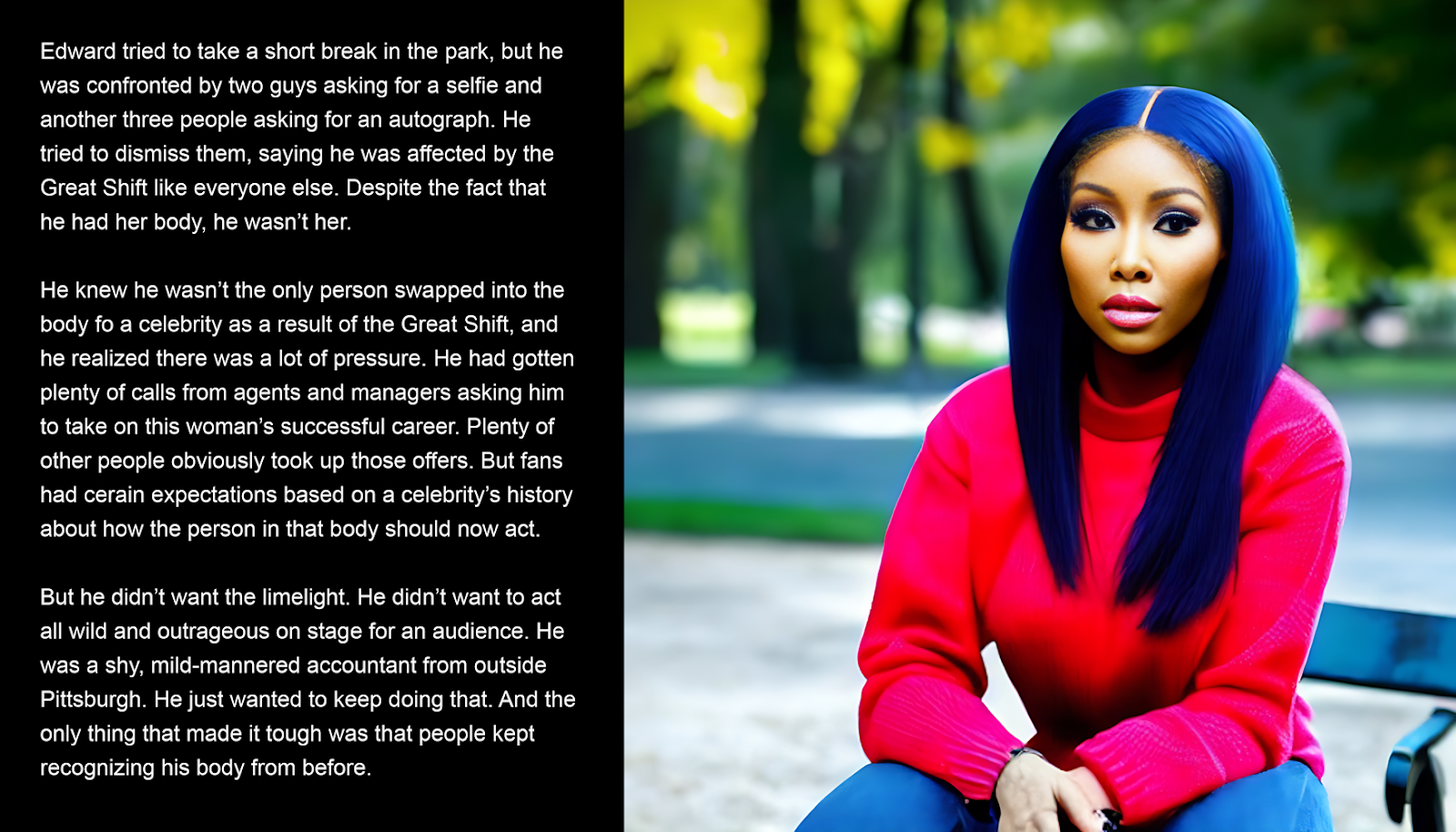 Edward tried to take a short break in the park, but he was confronted by two guys asking for a selfie and another three people asking for an autograph. He tried to dismiss them, saying he was affected by the Great Shift like everyone else. Despite the fact that he had her body, he wasn’t her.

He knew he wasn’t the only person swapped into the body fo a celebrity as a result of the Great Shift, and he realized there was a lot of pressure. He had gotten plenty of calls from agents and managers asking him to take on this woman’s successful career. Plenty of other people obviously took up those offers. But fans had cerain expectations based on a celebrity’s history about how the person in that body should now act.

But he didn’t want the limelight. He didn’t want to act all wild and outrageous on stage for an audience. He was a shy, mild-mannered accountant from outside Pittsburgh. He just wanted to keep doing that. And the only thing that made it tough was that people kept recognizing his body from before.