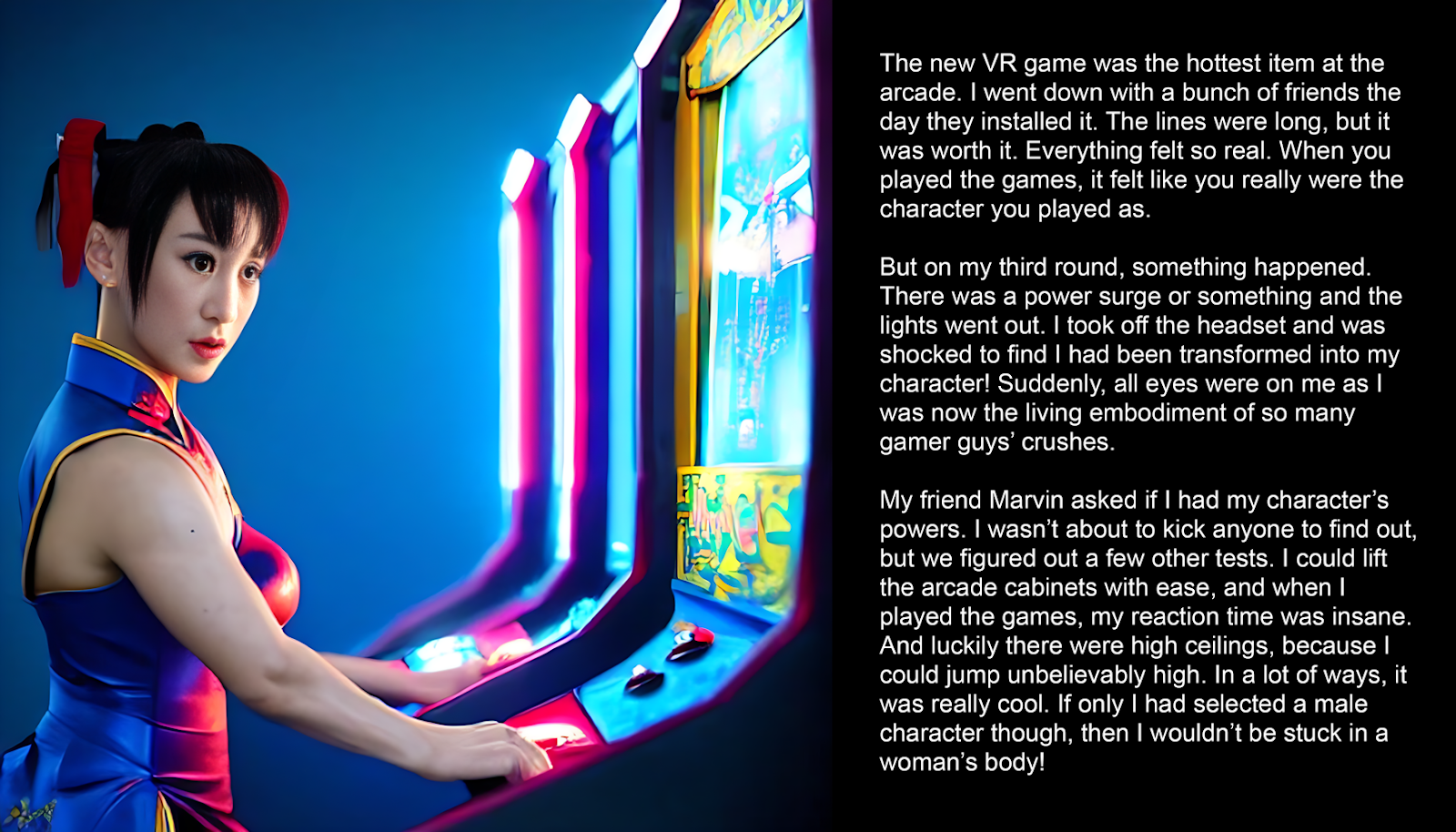 The new VR game was the hottest item at the arcade. I went down with a bunch of friends the day they installed it. The lines were long, but it was worth it. Everything felt so real. When you played the games, it felt like you really were the character you played as.

But on my third round, something happened. There was a power surge or something and the lights went out. I took off the headset and was shocked to find I had been transformed into my character! Suddenly, all eyes were on me as I was now the living embodiment of so many gamer guys’ crushes.

My friend Marvin asked if I had my character’s powers. I wasn’t about to kick anyone to find out, but we figured out a few other tests. I could lift the arcade cabinets with ease, and when I played the games, my reaction time was insane. And luckily there were high ceilings, because I could jump unbelievably high. In a lot of ways, it was really cool. If only I had selected a male character though, then I wouldn’t be stuck in a woman’s body!