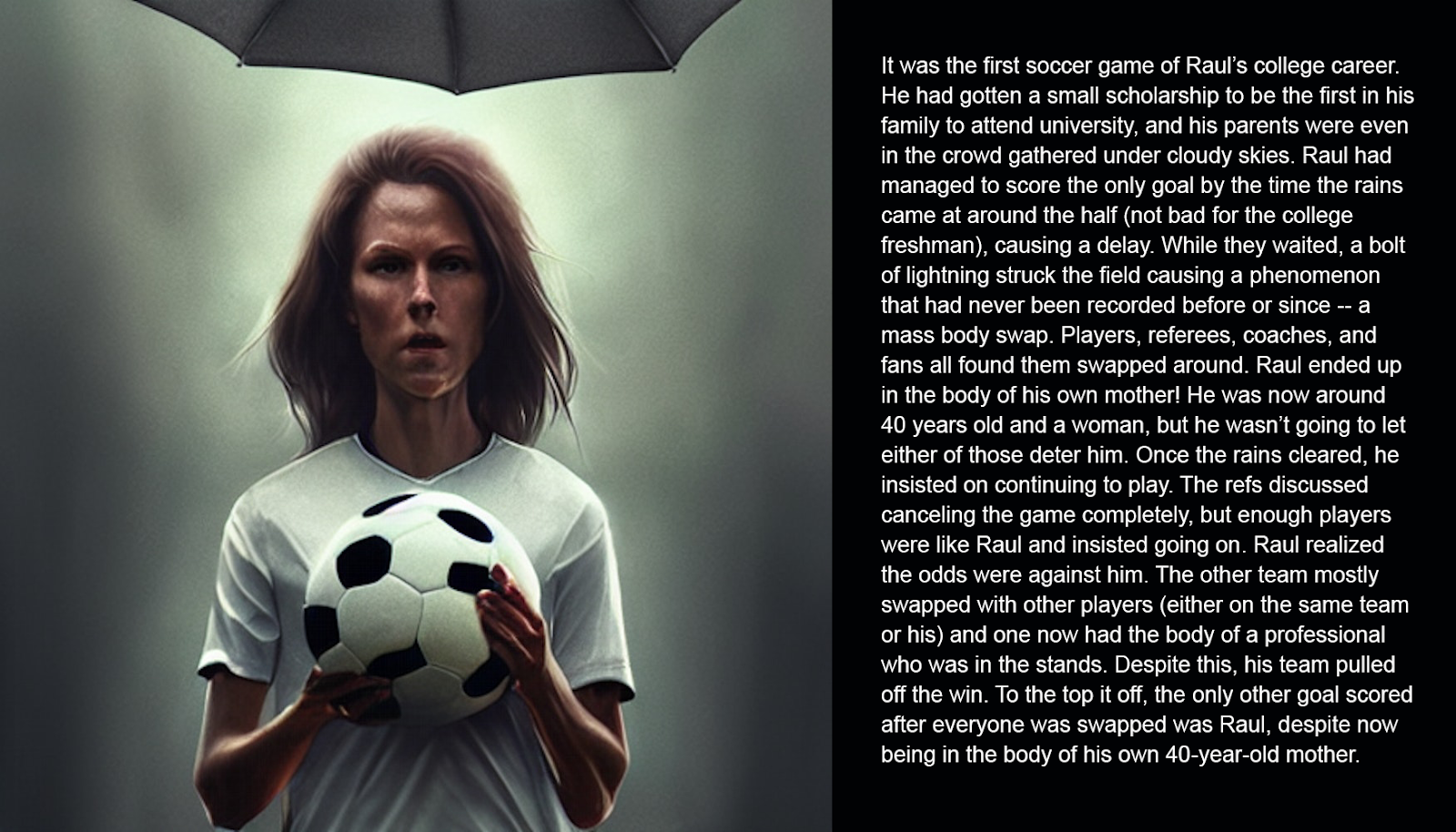 It was the first soccer game of Raul’s college career. He had gotten a small scholarship to be the first in his family to attend university, and his parents were even in the crowd gathered under cloudy skies. Raul had managed to score the only goal by the time the rains came at around the half (not bad for the college freshman), causing a delay. While they waited, a bolt of lightning struck the field causing a phenomenon that had never been recorded before or since -- a mass body swap. Players, referees, coaches, and fans all found them swapped around. Raul ended up in the body of his own mother! He was now around 40 years old and a woman, but he wasn’t going to let either of those deter him. Once the rains cleared, he insisted on continuing to play. The refs discussed canceling the game completely, but enough players were like Raul and insisted going on. Raul realized the odds were against him. The other team mostly swapped with other players (either on the same team or his) and one now had the body of a professional who was in the stands. Despite this, his team pulled off the win. To the top it off, the only other goal scored after everyone was swapped was Raul, despite now being in the body of his own 40-year-old mother.