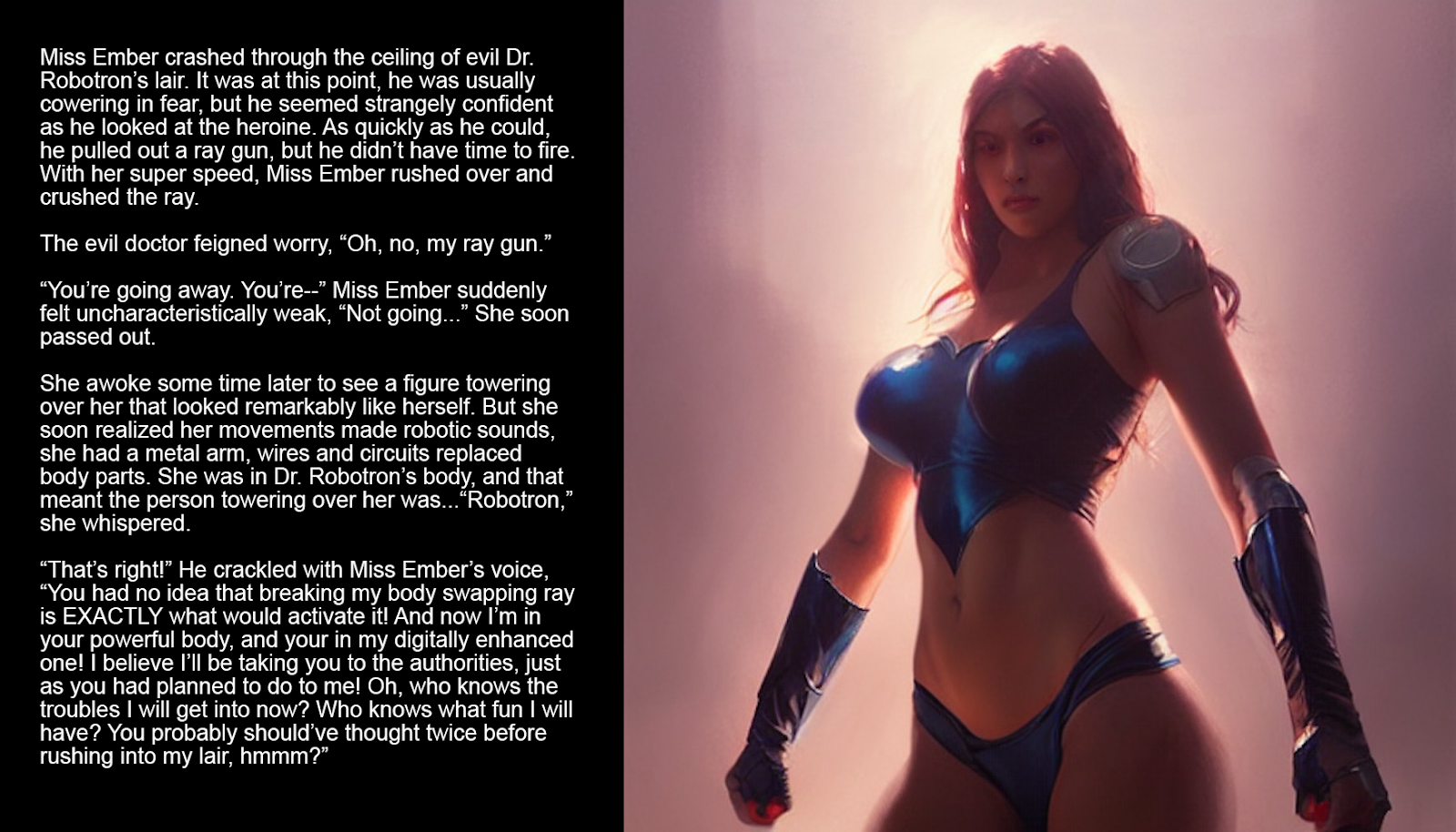 Miss Ember crashed through the ceiling of evil Dr. Robotron’s lair. It was at this point, he was usually cowering in fear, but he seemed strangely confident as he looked at the heroine. As quickly as he could, he pulled out a ray gun, but he didn’t have time to fire. With her super speed, Miss Ember rushed over and crushed the ray.

The evil doctor feigned worry, “Oh, no, my ray gun.”

She awoke some time later to see a figure towering over her that looked remarkably like herself. But she soon realized her movements made robotic sounds, she had a metal arm, wires and circuits replaced body parts. She was in Dr. Robotron’s body, and that meant the person towering over her was...“Robotron,” she whispered.

“That’s right!” He crackled with Miss Ember’s voice, “You had no idea that breaking my body swapping ray is EXACTLY what would activate it! And now I’m in your powerful body, and your in my digitally enhanced one! I believe I’ll be taking you to the authorities, just as you had planned to do to me! Oh, who knows the troubles I will get into now? Who knows what fun I will have? You probably should’ve thought twice before rushing into my lair, hmmm?”