Get a Real Job 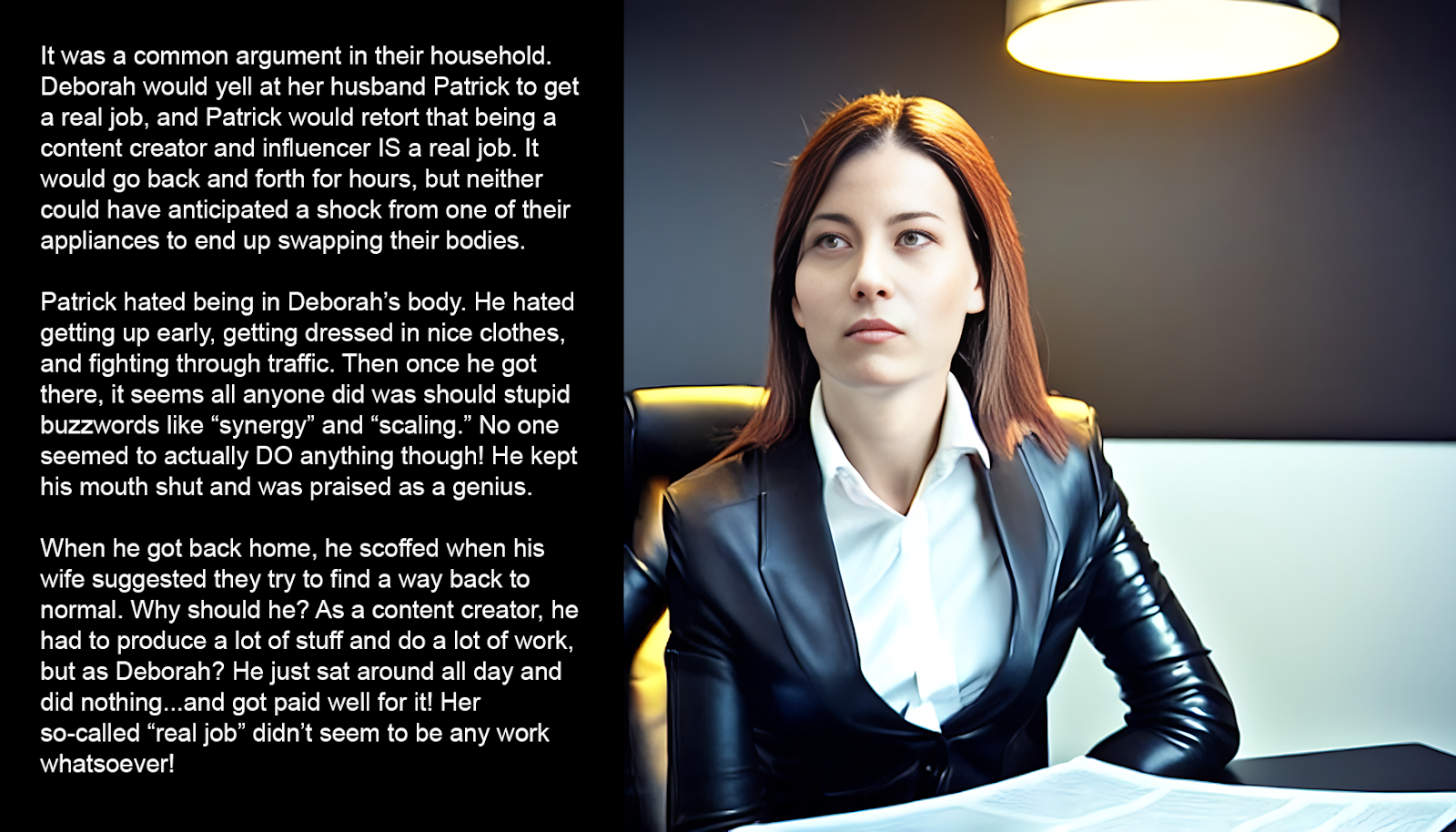 It was a common argument in their household. Deborah would yell at her husband Patrick to get a real job, and Patrick would retort that being a content creator and influencer IS a real job. It would go back and forth for hours, but neither could have anticipated a shock from one of their appliances to end up swapping their bodies.

Patrick hated being in Deborah’s body. He hated getting up early, getting dressed in nice clothes, and fighting through traffic. Then once he got there, it seems all anyone did was should stupid buzzwords like “synergy” and “scaling.” No one seemed to actually DO anything though! He kept his mouth shut and was praised as a genius.

When he got back home, he scoffed when his wife suggested they try to find a way back to normal. Why should he? As a content creator, he had to produce a lot of stuff and do a lot of work, but as Deborah? He just sat around all day and did nothing...and got paid well for it! Her so-called “real job” didn’t seem to be any work whatsoever!