View Part 1 of At the Gym here. 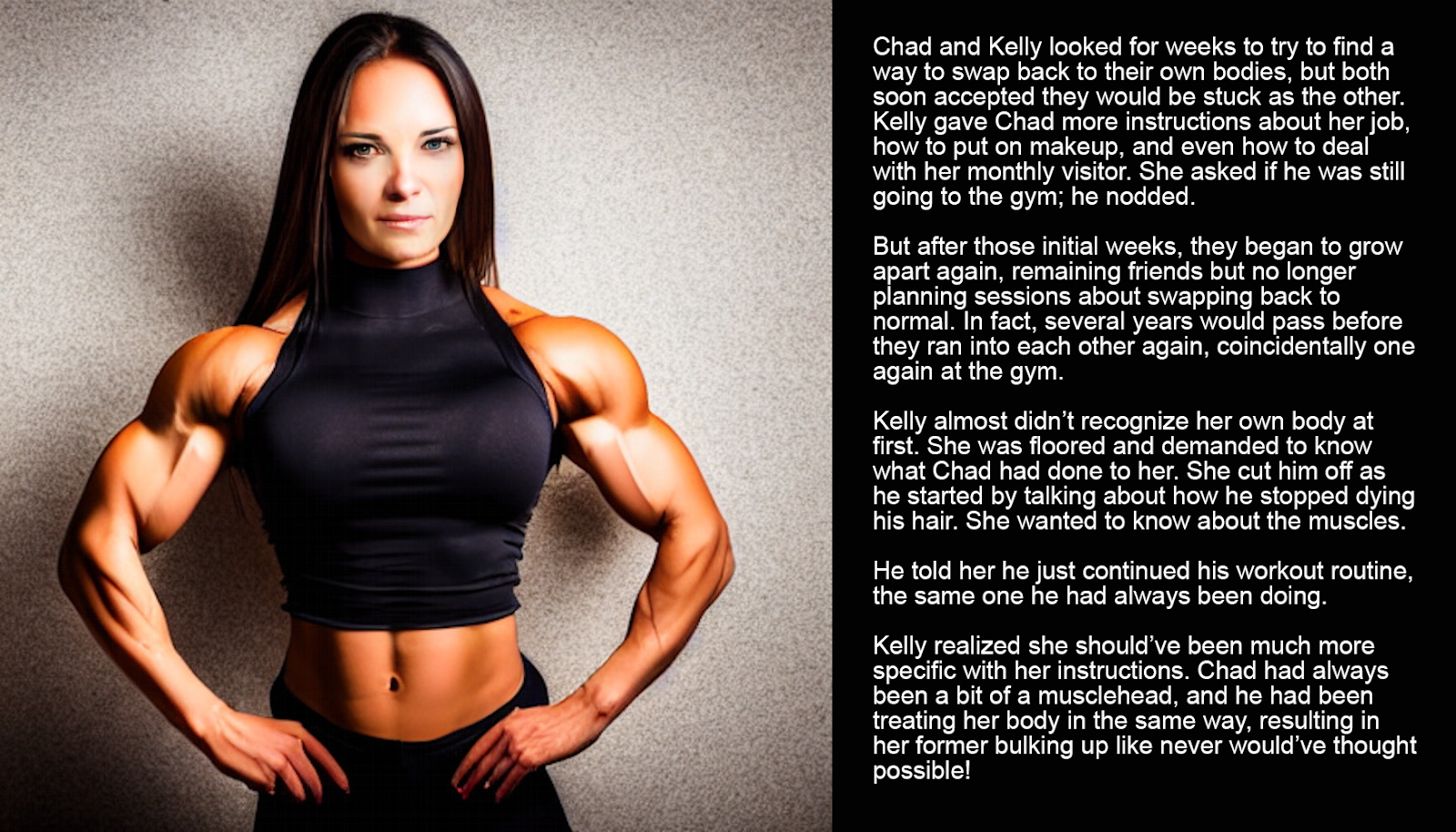 Chad and Kelly looked for weeks to try to find a way to swap back to their own bodies, but both soon accepted they would be stuck as the other. Kelly gave Chad more instructions about her job, how to put on makeup, and even how to deal with her monthly visitor. She asked if he was still going to the gym; he nodded.

But after those initial weeks, they began to grow apart again, remaining friends but no longer planning sessions about swapping back to normal. In fact, several years would pass before they ran into each other again, coincidentally one again at the gym.

Kelly almost didn’t recognize her own body at first. She was floored and demanded to know what Chad had done to her. She cut him off as he started by talking about how he stopped dying his hair. She wanted to know about the muscles.

He told her he just continued his workout routine, the same one he had always been doing.

Kelly realized she should’ve been much more specific with her instructions. Chad had always been a bit of a musclehead, and he had been treating her body in the same way, resulting in her former bulking up like never would’ve thought possible!