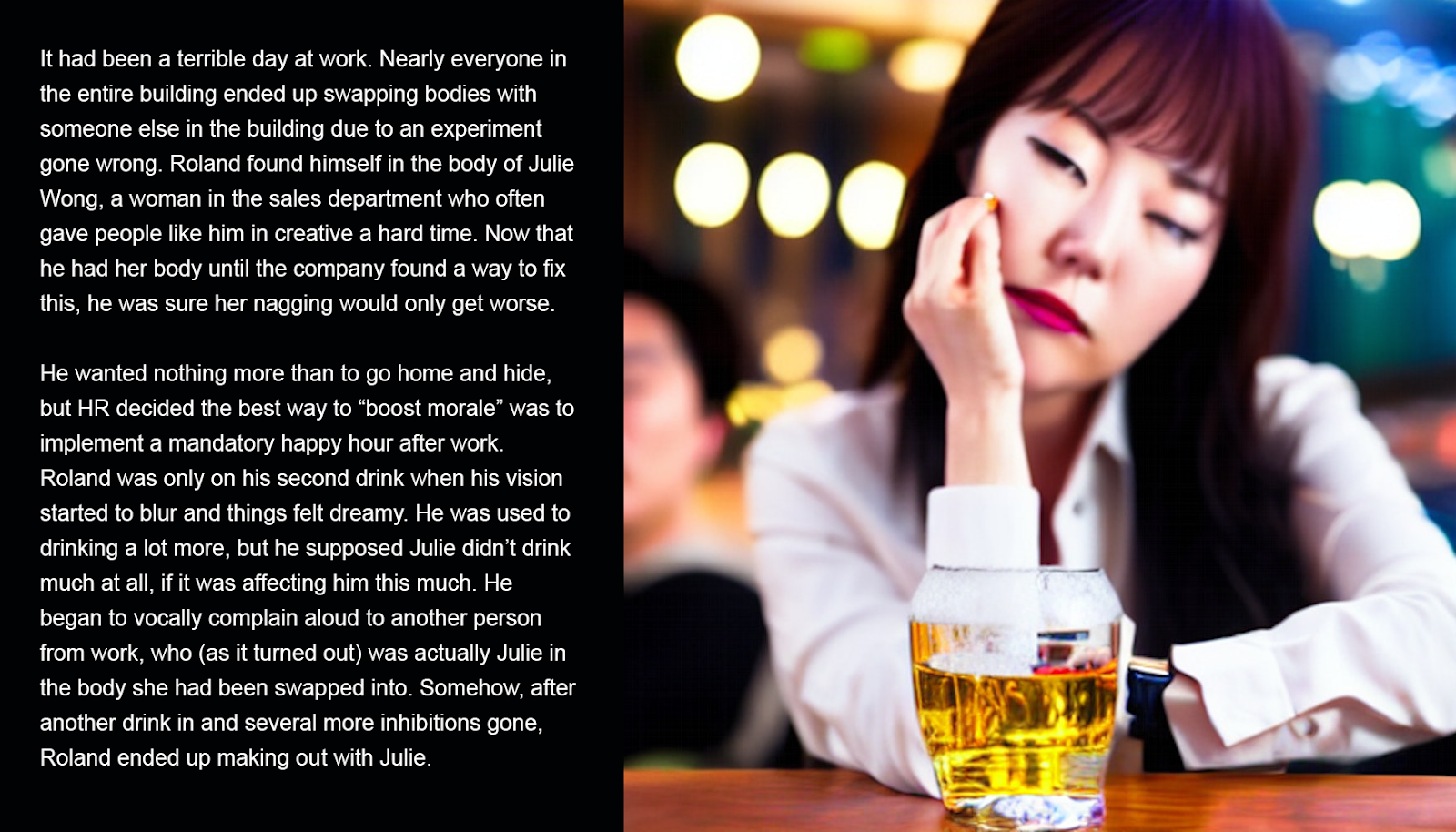 It had been a terrible day at work. Nearly everyone in the entire building ended up swapping bodies with someone else in the building due to an experiment gone wrong. Roland found himself in the body of Julie Wong, a woman in the sales department who often gave people like him in creative a hard time. Now that he had her body until the company found a way to fix this, he was sure her nagging would only get worse.

He wanted nothing more than to go home and hide, but HR decided the best way to “boost morale” was to implement a mandatory happy hour after work. Roland was only on his second drink when his vision started to blur and things felt dreamy. He was used to drinking a lot more, but he supposed Julie didn’t drink much at all, if it was affecting him this much. He began to vocally complain aloud to another person from work, who (as it turned out) was actually Julie in the body she had been swapped into. Somehow, after another drink in and several more inhibitions gone, Roland ended up making out with Julie.