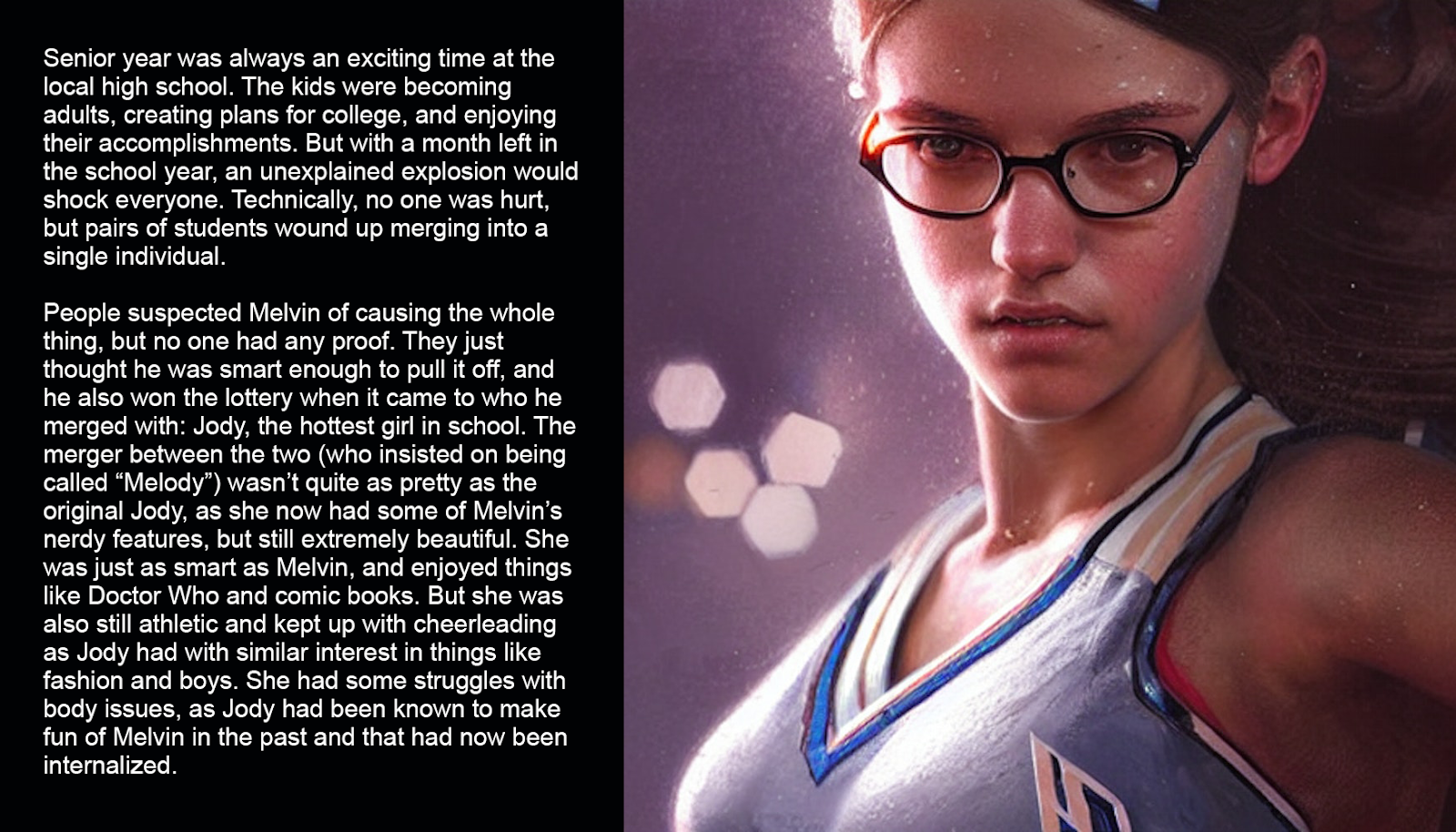 Senior year was always an exciting time at the local high school. The kids were becoming adults, creating plans for college, and enjoying their accomplishments. But with a month left in the school year, an unexplained explosion would shock everyone. Technically, no one was hurt, but pairs of students wound up merging into a single individual.

People suspected Melvin of causing the whole thing, but no one had any proof. They just thought he was smart enough to pull it off, and he also won the lottery when it came to who he merged with: Jody, the hottest girl in school. The merger between the two (who insisted on being called “Melody”) wasn’t quite as pretty as the original Jody, as she now had some of Melvin’s nerdy features, but still extremely beautiful. She was just as smart as Melvin, and enjoyed things like Doctor Who and comic books. But she was also still athletic and kept up with cheerleading as Jody had with similar interest in things like fashion and boys. She had some struggles with body issues, as Jody had been known to make fun of Melvin in the past and that had now been internalized.