Do You Want Fries with That? 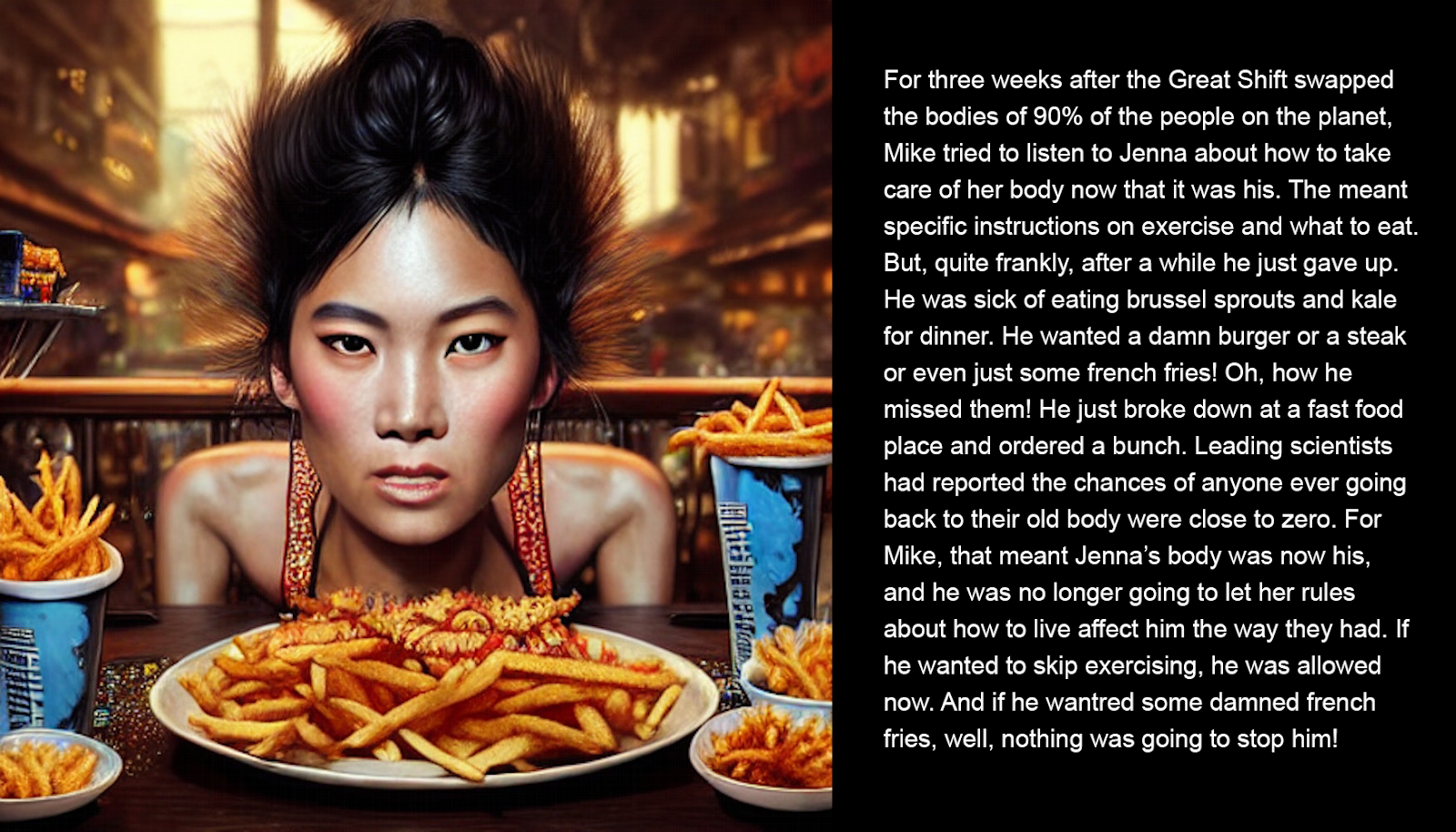 For three weeks after the Great Shift swapped the bodies of 90% of the people on the planet, Mike tried to listen to Jenna about how to take care of her body now that it was his. The meant specific instructions on exercise and what to eat. But, quite frankly, after a while he just gave up. He was sick of eating brussel sprouts and kale for dinner. He wanted a damn burger or a steak or even just some french fries! Oh, how he missed them! He just broke down at a fast food place and ordered a bunch. Leading scientists had reported the chances of anyone ever going back to their old body were close to zero. For Mike, that meant Jenna’s body was now his, and he was no longer going to let her rules about how to live affect him the way they had. If he wanted to skip exercising, he was allowed now. And if he wantred some damned french fries, well, nothing was going to stop him!