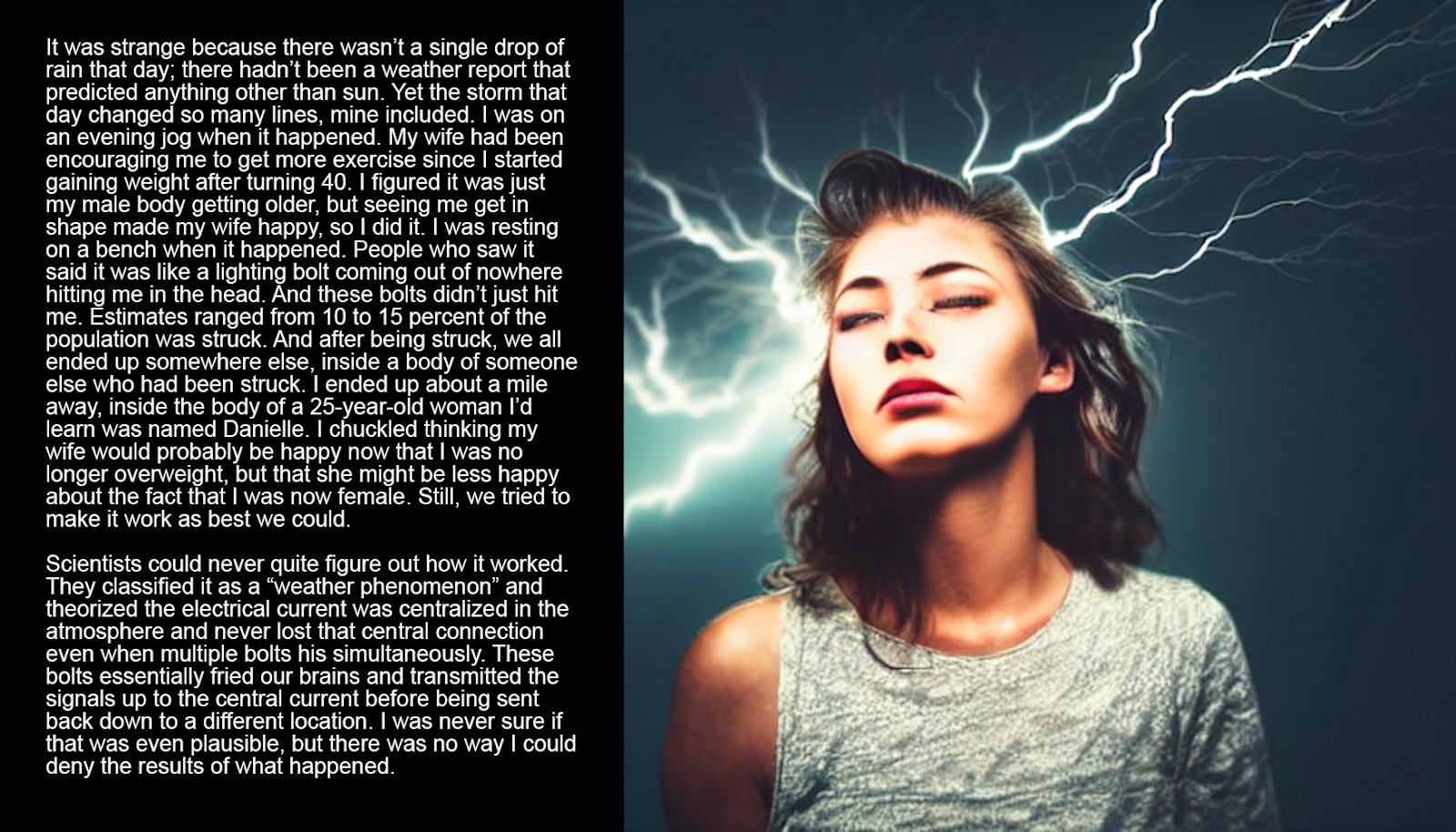 It was strange because there wasn’t a single drop of rain that day; there hadn’t been a weather report that predicted anything other than sun. Yet the storm that day changed so many lines, mine included. I was on an evening jog when it happened. My wife had been encouraging me to get more exercise since I started gaining weight after turning 40. I figured it was just my male body getting older, but seeing me get in shape made my wife happy, so I did it. I was resting on a bench when it happened. People who saw it said it was like a lighting bolt coming out of nowhere hitting me in the head. And these bolts didn’t just hit me. Estimates ranged from 10 to 15 percent of the population was struck. And after being struck, we all ended up somewhere else, inside a body of someone else who had been struck. I ended up about a mile away, inside the body of a 25-year-old woman I’d learn was named Danielle. I chuckled thinking my wife would probably be happy now that I was no longer overweight, but that she might be less happy about the fact that I was now female. Still, we tried to make it work as best we could.

Scientists could never quite figure out how it worked. They classified it as a “weather phenomenon” and theorized the electrical current was centralized in the atmosphere and never lost that central connection even when multiple bolts his simultaneously. These bolts essentially fried our brains and transmitted the signals up to the central current before being sent back down to a different location. I was never sure if that was even plausible, but there was no way I could deny the results of what happened.