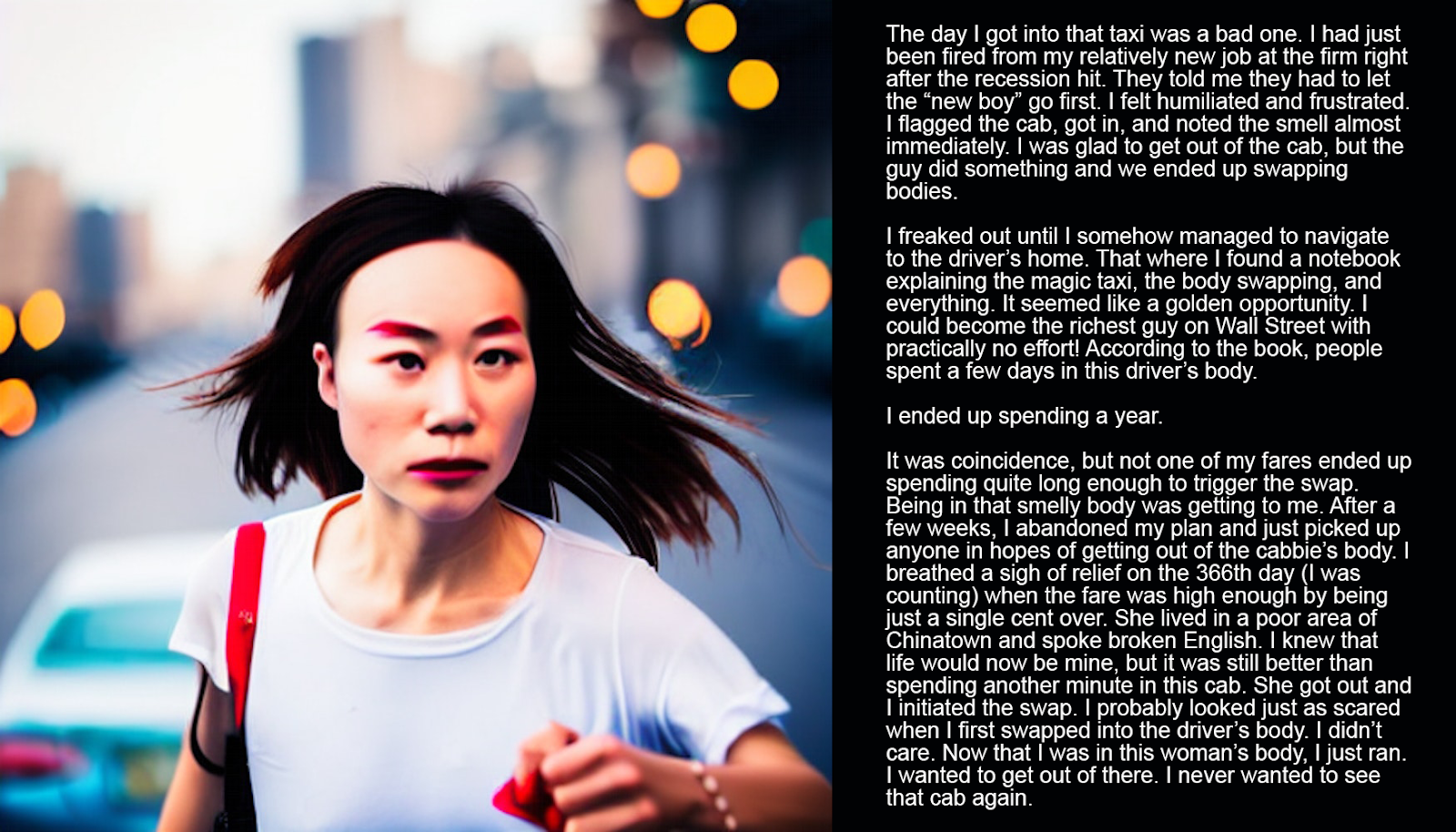 The day I got into that taxi was a bad one. I had just been fired from my relatively new job at the firm right after the recession hit. They told me they had to let the “new boy” go first. I felt humiliated and frustrated. I flagged the cab, got in, and noted the smell almost immediately. I was glad to get out of the cab, but the guy did something and we ended up swapping bodies.

I freaked out until I somehow managed to navigate to the driver’s home. That where I found a notebook explaining the magic taxi, the body swapping, and everything. It seemed like a golden opportunity. I could become the richest guy on Wall Street with practically no effort! According to the book, people spent a few days in this driver’s body.

I ended up spending over a year.

It was coincidence, but not one of my fares ended up spending quite long enough to trigger the swap. Being in that smelly body was getting to me. After a few weeks, I abandoned my plan and just picked up anyone in hopes of getting out of the cabbie’s body. I breathed a sigh of relief on the 366th day (I was counting) when the fare was high enough by being just a single cent over. She lived in a poor area of Chinatown and spoke broken English. I knew that life would now be mine, but it was still better than spending another minute in this cab. She got out and I initiated the swap. I probably looked just as scared when I first swapped into the driver’s body. I didn’t care. Now that I was in this woman’s body, I just ran. I wanted to get out of there. I never wanted to see that cab again.