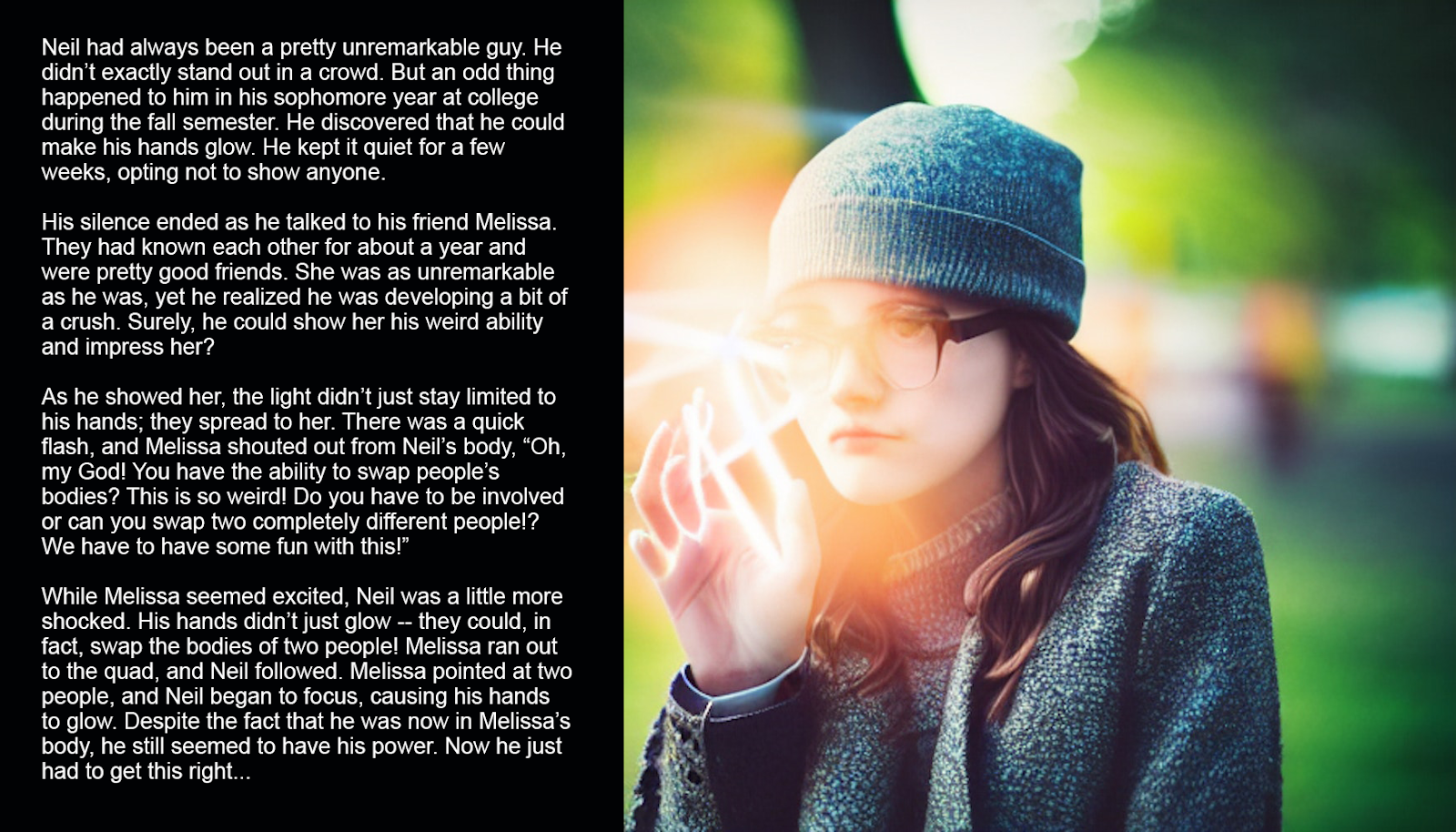 Neil had always been a pretty unremarkable guy. He didn’t exactly stand out in a crowd. But an odd thing happened to him in his sophomore year at college during the fall semester. He discovered that he could make his hands glow. He kept it quiet for a few weeks, opting not to show anyone.

His silence ended as he talked to his friend Melissa. They had known each other for about a year and were pretty good friends. She was as unremarkable as he was, yet he realized he was developing a bit of a crush. Surely, he could show her his weird ability and impress her?

As he showed her, the light didn’t just stay limited to his hands; they spread to her. There was a quick flash, and Melissa shouted out from Neil’s body, “Oh, my God! You have the ability to swap people’s bodies? This is so weird! Do you have to be involved or can you swap two completely different people!? We have to have some fun with this!”

While Melissa seemed excited, Neil was a little more shocked. His hands didn’t just glow -- they could, in fact, swap the bodies of two people! Melissa ran out to the quad, and Neil followed. Melissa pointed at two people, and Neil began to focus, causing his hands to glow. Despite the fact that he was now in Melissa’s body, he still seemed to have his power. Now he just had to get this right...