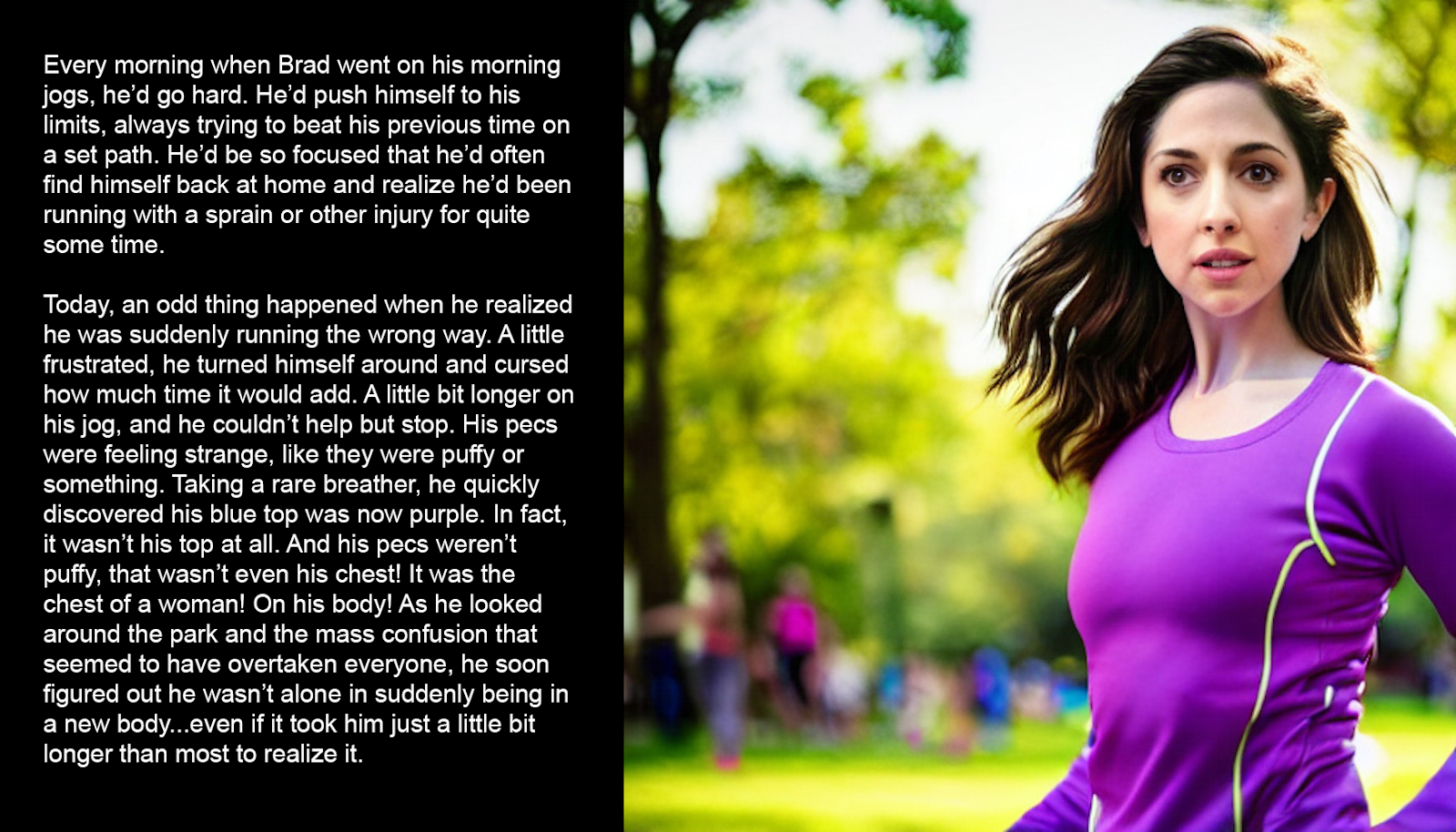 Every morning when Brad went on his morning jogs, he’d go hard. He’d push himself to his limits, always trying to beat his previous time on a set path. He’d be so focused that he’d often find himself back at home and realize he’d been running with a sprain or other injury for quite some time.

Today, an odd thing happened when he realized he was suddenly running the wrong way. A little frustrated, he turned himself around and cursed how much time it would add. A little bit longer on his jog, and he couldn’t help but stop. His pecs were feeling strange, like they were puffy or something. Taking a rare breather, he quickly discovered his blue top was now purple. In fact, it wasn’t his top at all. And his pecs weren’t puffy, that wasn’t even his chest! It was the chest of a woman! On his body! As he looked around the park and the mass confusion that seemed to have overtaken everyone, he soon figured out he wasn’t alone in suddenly being in a new body...even if it took him just a little bit longer than most to realize it.