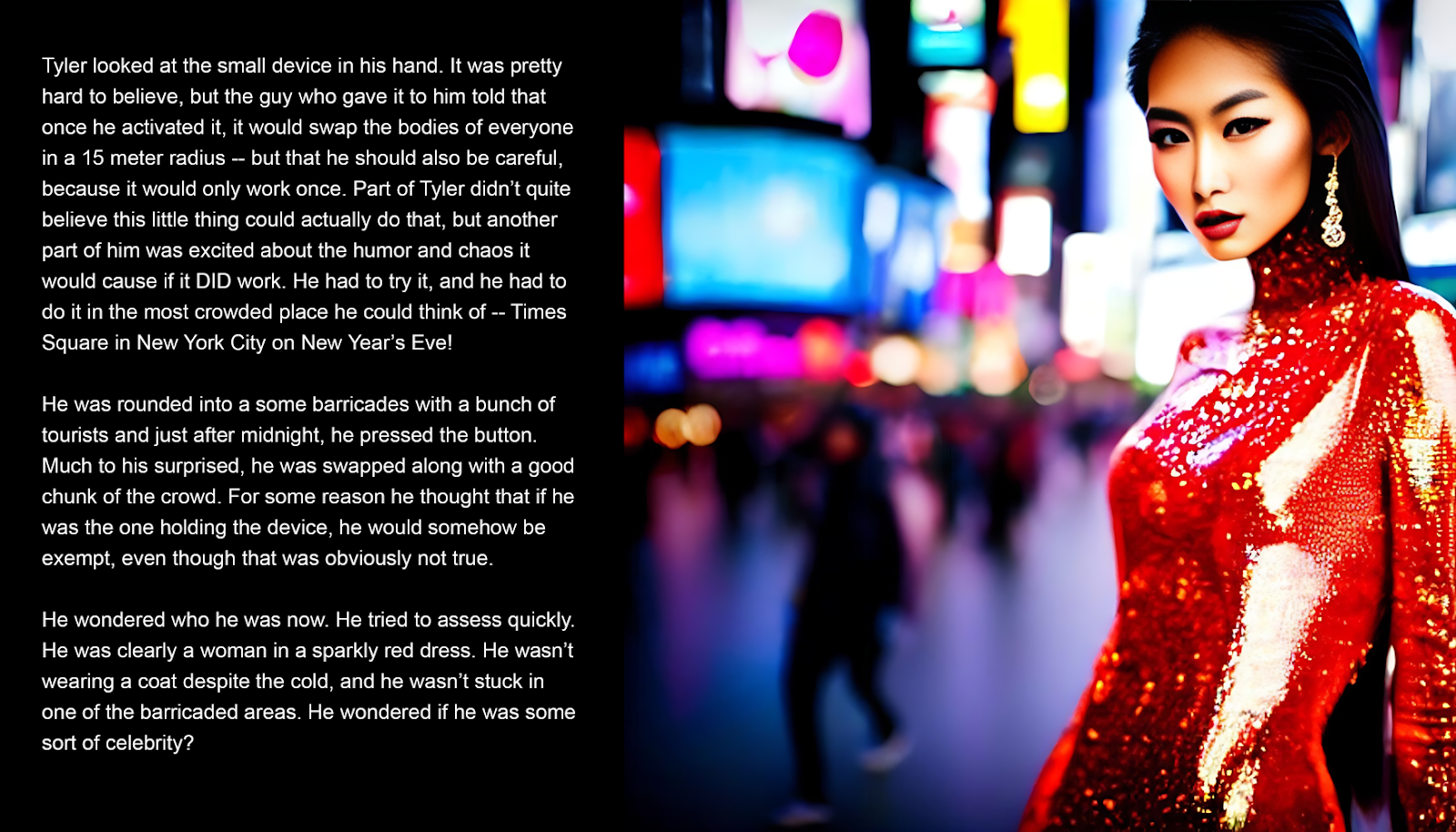 Tyler looked at the small device in his hand. It was pretty hard to believe, but the guy who gave it to him told that once he activated it, it would swap the bodies of everyone in a 15 meter radius -- but that he should also be careful, because it would only work once. Part of Tyler didn’t quite believe this little thing could actually do that, but another part of him was excited about the humor and chaos it would cause if it DID work. He had to try it, and he had to do it in the most crowded place he could think of -- Times Square in New York City on New Year’s Eve!

He was rounded into a some barricades with a bunch of tourists and just after midnight, he pressed the button. Much to his surprised, he was swapped along with a good chunk of the crowd. For some reason he thought that if he was the one holding the device, he would somehow be exempt, even though that was obviously not true.

He wondered who he was now. He tried to assess quickly. He was clearly a woman in a sparkly red dress. He wasn’t wearing a coat despite the cold, and he wasn’t stuck in one of the barricaded areas. He wondered if he was some sort of celebrity?