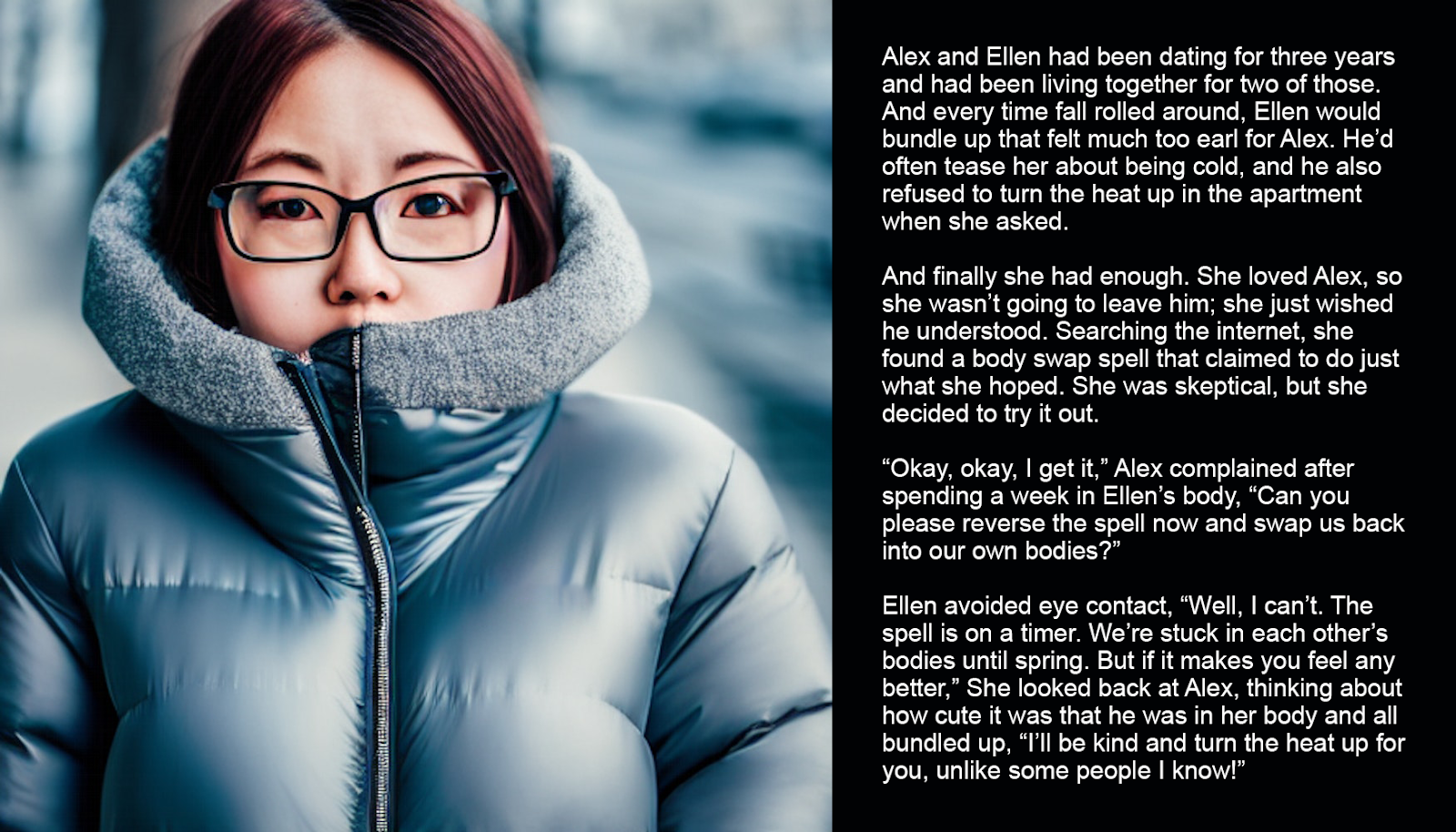 Alex and Ellen had been dating for three years and had been living together for two of those. And every time fall rolled around, Ellen would bundle up that felt much too earl for Alex. He’d often tease her about being cold, and he also refused to turn the heat up in the apartment when she asked.

And finally she had enough. She loved Alex, so she wasn’t going to leave him; she just wished he understood. Searching the internet, she found a body swap spell that claimed to do just what she hoped. She was skeptical, but she decided to try it out.

“Okay, okay, I get it,” Alex complained after spending a week in Ellen’s body, “Can you please reverse the spell now and swap us back into our own bodies?”

Ellen avoided eye contact, “Well, I can’t. The spell is on a timer. We’re stuck in each other’s bodies until spring. But if it makes you feel any better,” She looked back at Alex, thinking about how cute it was that he was in her body and all bundled up, “I’ll be kind and turn the heat up for you, unlike some people I know!”