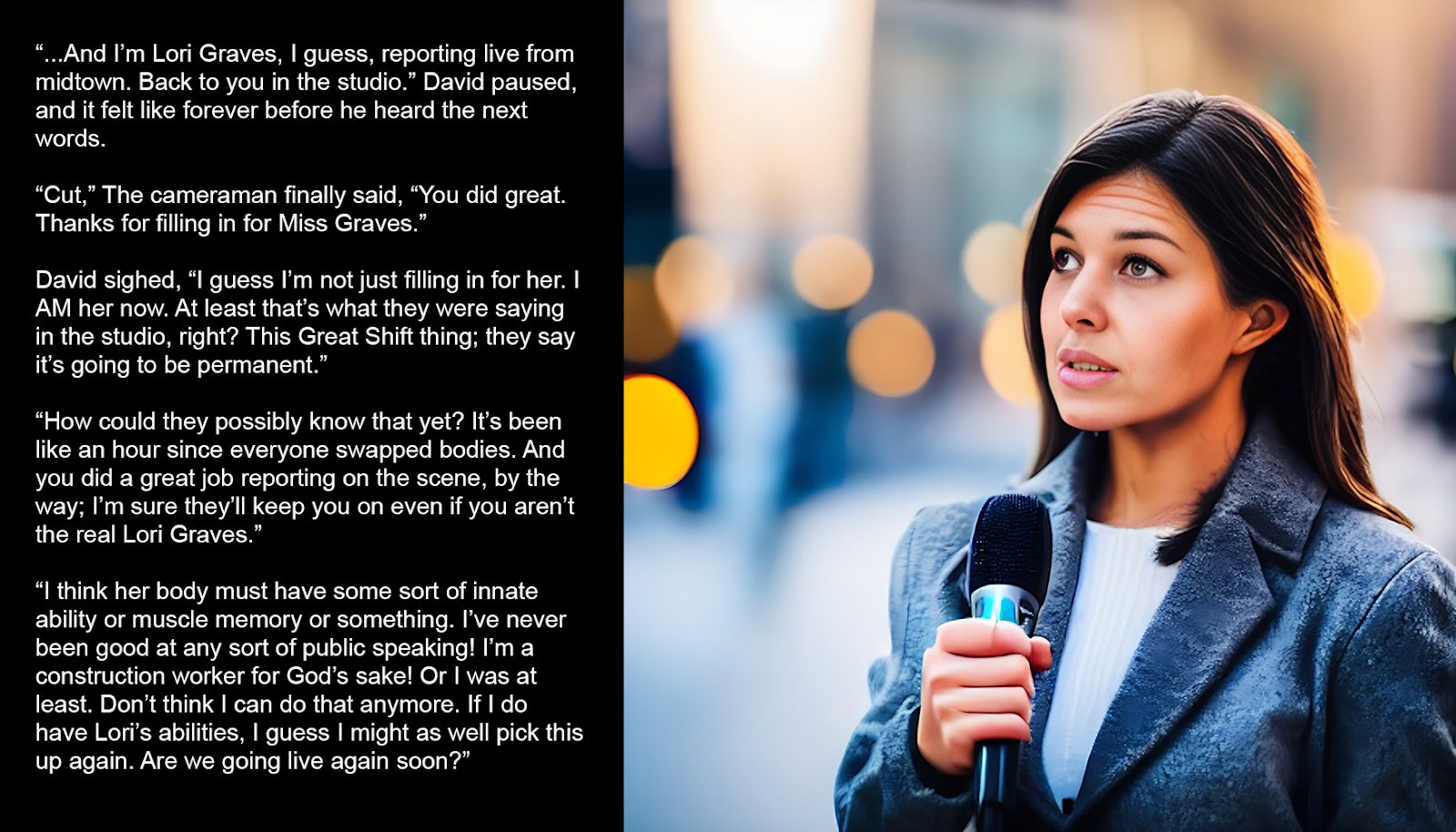 “...And I’m Lori Graves, I guess, reporting live from midtown. Back to you in the studio.” David paused, and it felt like forever before he heard the next words.

“Cut,” The cameraman finally said, “You did great. Thanks for filling in for Miss Graves.”

David sighed, “I guess I’m not just filling in for her. I AM her now. At least that’s what they were saying in the studio, right? This Great Shift thing; they say it’s going to be permanent.”

“How could they possibly know that yet? It’s been like an hour since everyone swapped bodies. And you did a great job reporting on the scene, by the way; I’m sure they’ll keep you on even if you aren’t the real Lori Graves.”

“I think her body must have some sort of innate ability or muscle memory or something. I’ve never been good at any sort of public speaking! I’m a construction worker for God’s sake! Or I was at least. Don’t think I can do that anymore. If I do have Lori’s abilities, I guess I might as well pick this up again. Are we going live again soon?”