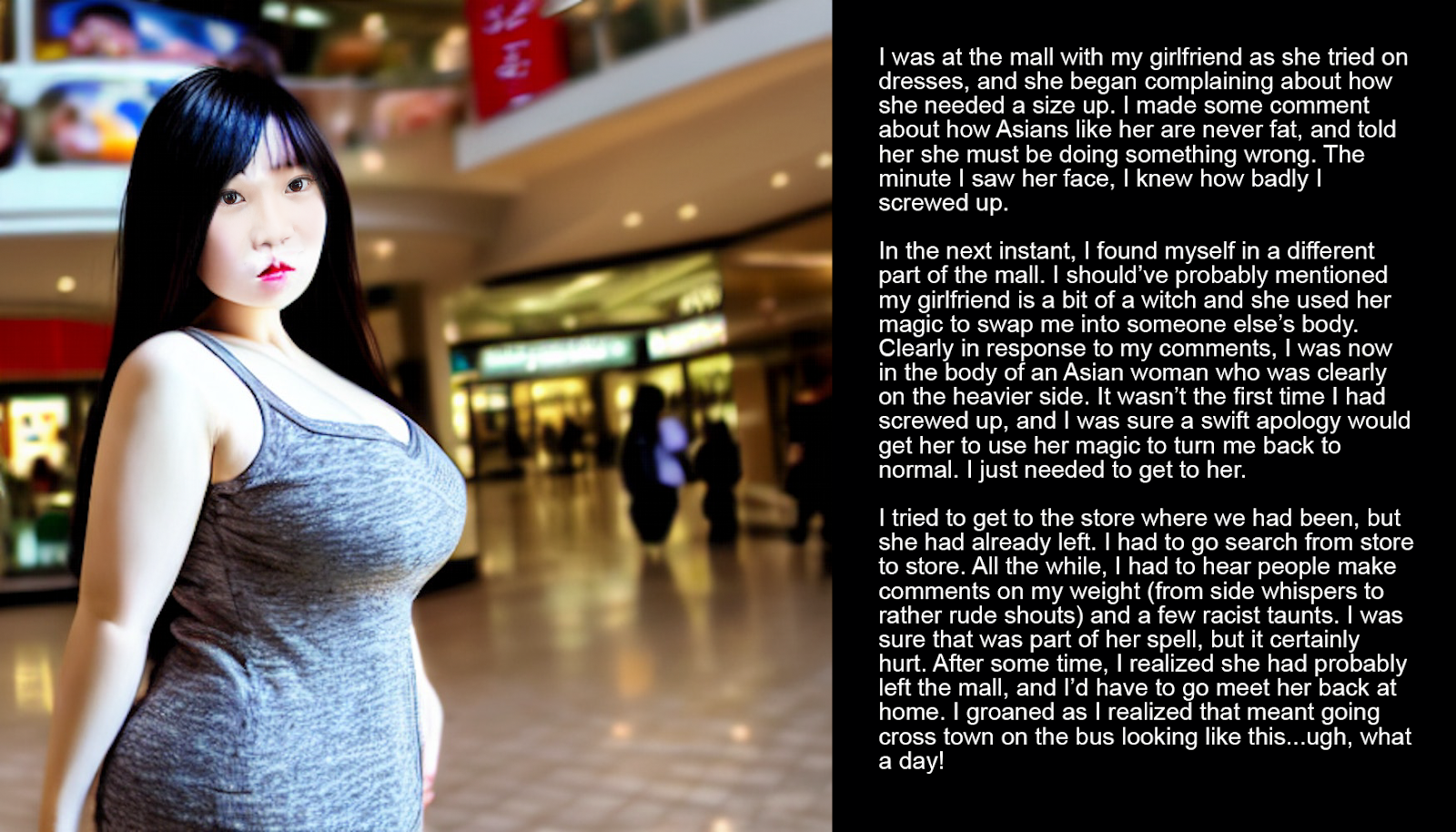 I was at the mall with my girlfriend as she tried on dresses, and she began complaining about how she needed a size up. I made some comment about how Asians like her are never fat, and told her she must be doing something wrong. The minute I saw her face, I knew how badly I screwed up.

In the next instant, I found myself in a different part of the mall. I should’ve probably mentioned my girlfriend is a bit of a witch and she used her magic to swap me into someone else’s body. Clearly in response to my comments, I was now in the body of an Asian woman who was clearly on the heavier side. It wasn’t the first time I had screwed up, and I was sure a swift apology would get her to use her magic to turn me back to normal. I just needed to get to her.

I tried to get to the store where we had been, but she had already left. I had to go search from store to store. All the while, I had to hear people make comments on my weight (from side whispers to rather rude shouts) and a few racist taunts. I was sure that was part of her spell, but it certainly hurt. After some time, I realized she had probably left the mall, and I’d have to go meet her back at home. I groaned as I realized that meant going cross town on the bus looking like this...ugh, what a day!