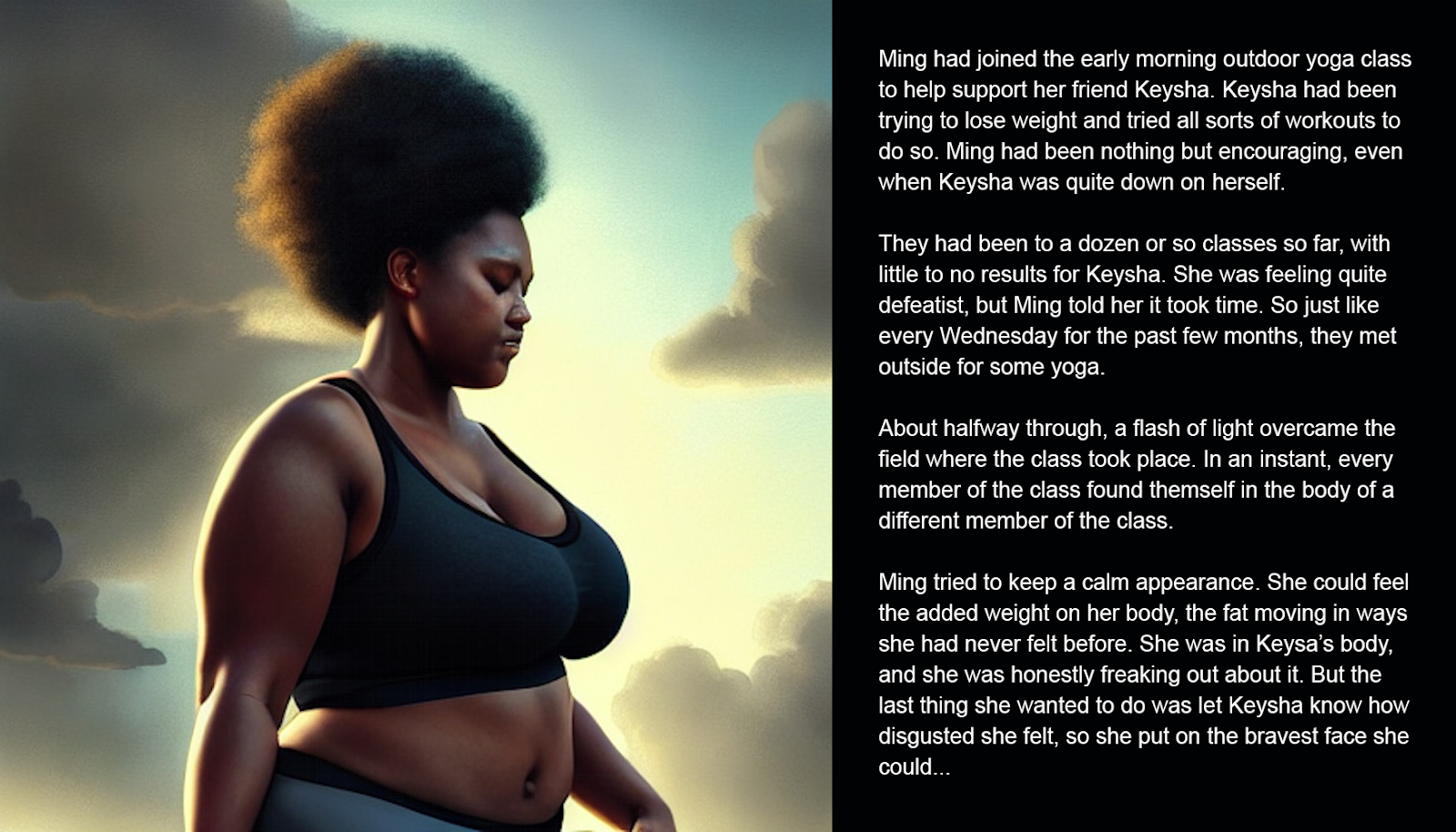 Ming had joined the early morning outdoor yoga class to help support her friend Keysha. Keysha had been trying to lose weight and tried all sorts of workouts to do so. Ming had been nothing but encouraging, even when Keysha was quite down on herself.

They had been to a dozen or so classes so far, with little to no results for Keysha. She was feeling quite defeatist, but Ming told her it took time. So just like every Wednesday for the past few months, they met outside for some yoga.

Ming tried to keep a calm appearance. She could feel the added weight on her body, the fat moving in ways she had never felt before. She was in Keysa’s body, and she was honestly freaking out about it. But the last thing she wanted to do was let Keysha know how disgusted she felt, so she put on the bravest face she could...